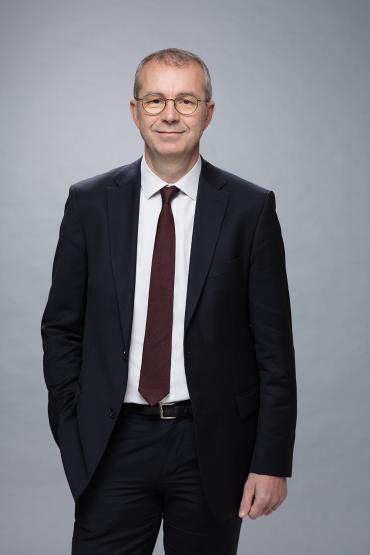 Joining Quille (Bouygues Group) in 1995, he held various positions in the area of project management before moving into real estate development for Bouygues Immobilier, Hammerson, then Foruminvest as Director of programs and development, respectively.

After joining VINCI at the end of 2009, he moved to Slovakia at the beginning of 2010 as Chief Executive Officer of the Granvia concession company in charge of the funding, the design, the construction and the operation of the 52km R1-PR1bina expressway, which opened to traffic in October 2011.

He joined VINCI Airports in 2012 as Deputy Managing Director of the future Grand Ouest airport, with responsibility for its implementation and the transfer from Nantes Atlantique.

In 2014, Eric Delobel has been appointed Managing Director for West Region in France. He is a member of the VINCI Airports Executive Committee.
On April, 4th 2016, he has been appointed Chief Executive Officer of Cambodia Airports, the concession company in charge of operation and development of the 3 international airports of Cambodia.