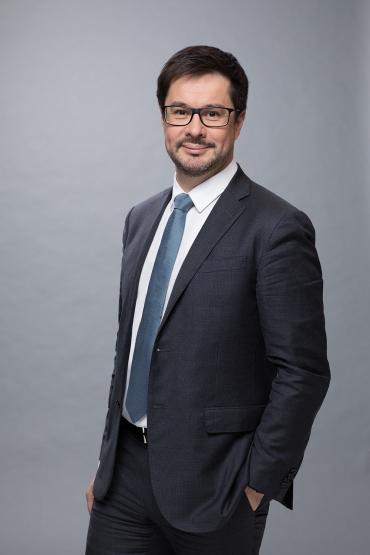 After an extended experience in the airport sector and in the VINCI Airports Group, Thierry Ligonnière was appointed Portugal and Brazil Director in 2018.

Thierry Ligonnière, a graduate in civil Engineering of the École Spéciale des Travaux Publics, du Bâtiment et d’Industrie, and holder of a Master’s Degree (DESS CAAE) in Business Administration has been associated with the airport sector throughout his entire professional career. His vast experience in airport management, encompassing both the financial and the operational domains, has been fostered by a truly international professional path that began in Mexico and has since then taken him to France and Portugal.

Thierry has been working for VINCI since 2006, where he has held several positions, first in VINCI Concessions as a project Director and later in VINCI Airports as General Director of the airports of Clermont-Ferrand Auvergne (2009-2010) and Quimper Bretagne (2009-2013) and President of the Rennes, Dinard Bretagne airports (2010-2013).
In January 2014, Thierry was designated Chief Operating Officer and Executive Board member of ANA Aeroportos de Portugal SA, following the acquisition of the Portuguese airports concessionaire by VINCI Airports before becoming CEO of ANA Aeroportos de Portugal.

His vast international experience, particularly focused on latin countries is at the core of his recent nomination as Portugal and Brazil Director at VINCI Airports.