After a period of limited mobility as part of the fight against Covid-19, VINCI Airports' 45 airports in 12 countries are preparing to reopen their doors to passengers. In order to guarantee the protection of passengers and employees, VINCI Airports has implemented new health measures throughout its network. Complementing the new protocols implemented by the airlines, these measures enable the gradual resumption of services under the best health safety conditions. 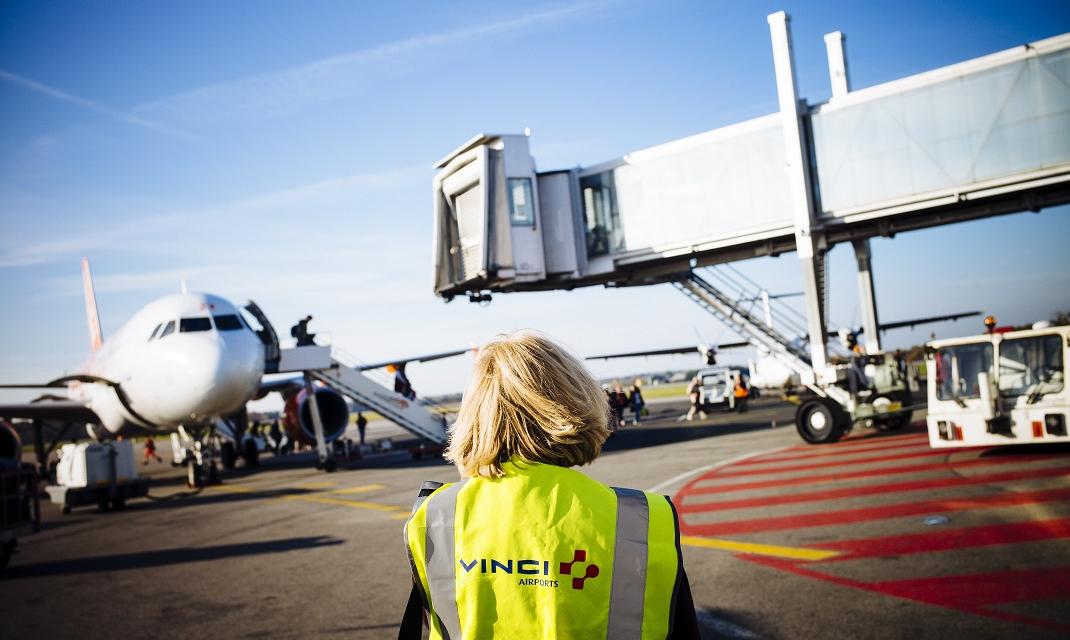 In compliance with government travel authorizations in France, this resumption  will take place at Lyon Airport, as of June 8, with the resumption of Air France flights to 11 destinations :
- From 8 June: Nantes, Bordeaux, Toulouse
- From 15 June: Brest, Biarritz, Caen, Lille, Nice, Rennes and Strasbourg
- From June 22nd: Pau
Each destination will be served 3 times a week on Mondays, Fridays and Sundays.
Twin Jet is also announcing the resumption of twice-weekly flights to Zurich (Wednesday and Thursday) and Stuttgart (Tuesday and Thursday) from 15 June.

At Nantes Atlantique airport, the Nantes-Lyon Saint Exupéry route, operated by Air France and linking two airports of VINCI Airports network, will be relaunched from 8 June 2020, with one arrival and one departure per day, every Monday, Friday and Sunday. The other airlines have not yet confirmed their flight schedules to date.

At Toulon Hyères airport, the route to Roissy Charles de Gaulle will be relaunched with Air France from Tuesday 2 June 2020 with a daily return flight. Two flights per day will be operated from Monday 15 June 2020, mainly by Airbus A320.
Toulon Hyères has also just taken a major step in the major programme of work to modernize the airport's runways and runway lighting, which began last October with the completion of work on the main runway, enabling commercial traffic to resume.


Set by the competent authorities in each country, the health measures implemented in airports include, in France, the mandatory wearing of masks for passengers (from the age of 11), flow management to reduce the density in the different areas, respect for physical distance in the queues (which will be ensured through the installation of ground markings), the provision of hydro-alcoholic gel kiosks for passengers, and the reinforcement of cleaning, disinfection and ventilation of the areas within the airport.
In order to enable passengers to comply with the obligation to wear masks, mask supply points will be made available at airports. During the very first days of the resumption of traffic, in order to install this new habit, masks will be offered free of charge to passengers who do not have it.

These measures will be supplemented by a major "Protecting Each Other" awareness-raising campaign that VINCI Airports is deploying throughout its network in France and abroad, using posters, screens and sound messages reminding passengers of the rules of hygiene and barrier gestures. 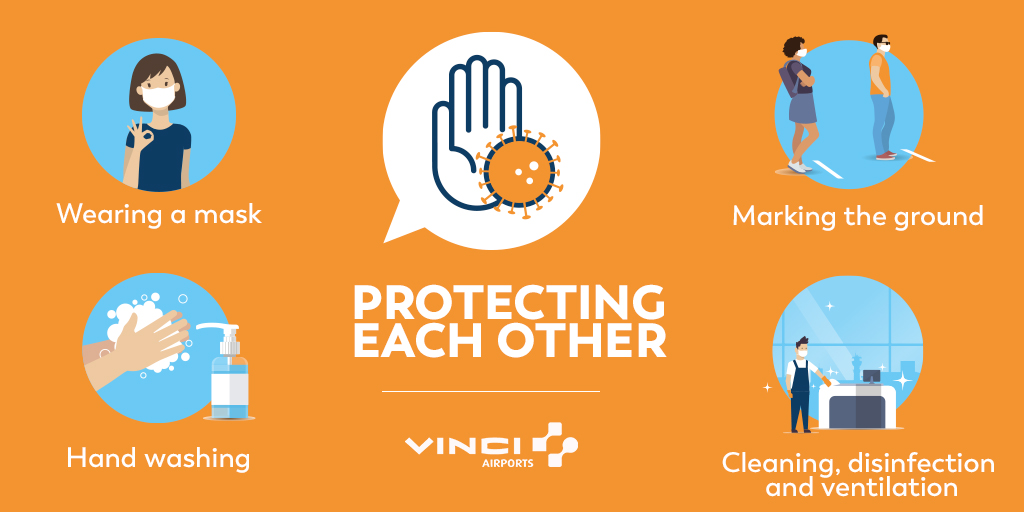