VINCI Airports celebrates the launch of the new route between Rennes Bretagne and London Gatwick, both airports belonging to its network

Nicolas Notebaert, CEO of VINCI Concessions and President of VINCI Airports, Michael Quernez, Vice-president of the Regional Council of Brittany, Jean Philippe Crocq, President of the CCI for the Ille-et-Vilaine region and Bertrand Godinot, CEO of easyJet France and Netherlands welcomed today at Rennes Bretagne airport the first passengers of the new route operated by easyJet with London Gatwick. 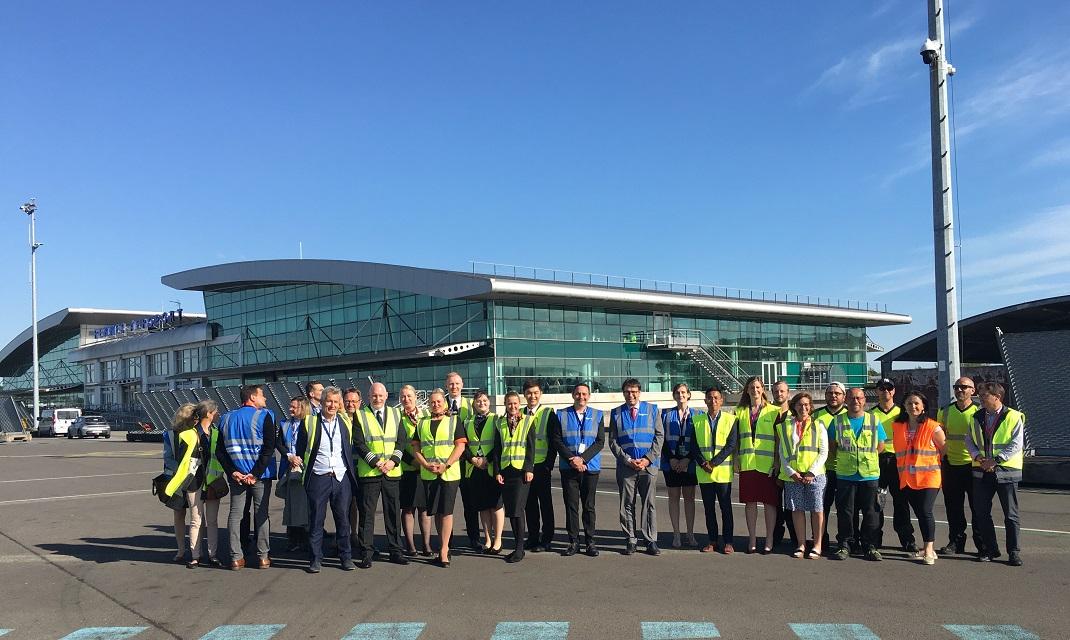 This new connection between two airports of the VINCI Airports network will encourage the resumption of travel and trade between Brittany and the United Kingdom, a major commercial partner for the region, which is home to nearly 14,000 British residents. It will also give Rennes passengers access to more than 100 destinations from London Gatwick airport.

Nicolas Notebaert, CEO of VINCI Concessions and President of VINCI Airports, declared: “As a long-term partner of Brittany, VINCI Airports is very proud to contribute to the resumption of travel with the UK. This new connection between two airports in our network is the result of the joint efforts made by our teams in Rennes and London Gatwick, as well as the excellent relationship we have with easyJet.”

This new route, the sixth operated by easyJet at Rennes airport, complements the others already in operation since 2017: Geneva, Lyon, Porto, Toulouse and Nice.

About VINCI Airports
The world’s leading private airport operator, VINCI Airports operates 53 airports in 12 countries across Europe, Asia and the Americas. Thanks to its expertise as a global integrator, VINCI Airports develops, finances, builds and manages airports by providing its investment capacity and its know-how in optimizing operational performance, modernizing infrastructures and managing their operations and environmental transition. VINCI Airports is the first airport operator to have committed to an international environmental strategy in 2016, to achieve the goal of net zero emissions across its entire network by 2050.
/