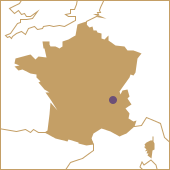 Fully interconnected, Lyon-Saint Exupéry is the preferred point of departure for passengers from the southeast quarter of France. The airport offers excellent accessibility with its motorway network, its TGV station and the Rhonexpress, which connects to downtown Lyon in less than 30 minutes. In 2020, ACI, the association of European airports, awarded it the Best Airport 2020 special mention (cat. 10-20 million passengers) in recognition of its actions in managing the health crisis, after awarding it the Best Airport of the Year award in 2019 in the 10-25 million passenger category in terms of operational efficiency, service quality and sustainable growth. Lyon-Saint Exupéry is one of three airports in the VINCI Airports network that is already carbon neutral. It received ACA 3+ certification from the ACI in 2017.

Lyon Airport is continuing its major projects in terms of customer experience and the environment:
- After the valet robot in 2018, on October 5, VINCI Airports inaugurated a new global innovation at Lyon-Saint Exupéry Airport: the MONA service, the 1st complete biometric journey offered to passengers, from start to finish, including the creation of their biometric account from their home on the airport's mobile application. In the era of contactless technology, MONA is adapted to the new health concerns of passengers.
- Continuation of environmental projects: objective = to reach 0 net carbon emissions (without offsetting) by 2026.