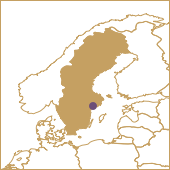 Operated by VINCI Airports since 2018, Stockholm Skavsta is entering the first stage of its environmental transition in line with the group’s global ambition pursued since 2015 throughout its network worldwide to develop sustainable airport infrastructures, in particular by acting to reduce their carbon footprint, protect natural environments and resources and recover waste. Stockholm Skavsta Airport has thus been accredited with ACA level 1 in September 2020 and will continue the program to reach by 2025 the last level ACA3+ which means carbon neutrality, as it’s already a reality for three airports in VINCI Airports network. The swedish airport is also expected to obtain the ISO 14001 certification by 2021. The airport will also soon put its first solar park into operation. Expected to be commissioned in the summer of 2021, the solar energy plant will be the first larger solar plant in a Swedish airport.