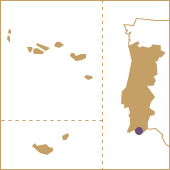 In 2013, VINCI Airports acquired ANA – Aeroportos de Portugal, which held a 50-year concession contract for 10 airports in Portugal. The operation marked a key stage in VINCI Airports’ expansion outside France.
One of the 10 airports acquired was Faro, which opened in Portugal’s Algarve region in 1965. Sustained growth saw passenger numbers exceed 9 million in 2019 after the airport recorded.

In July 2017, Faro airport unveiled a new terminal, after a period of expansion and remodeling works. This extension, which allows the airport to continue to grow in a sustained way, is the biggest operation VINCI Airports launched and completed since the acquisition of ANA-Aeroportos de Portugal.

To support this surge in traffic, VINCI Airports put in place an investment and extension programme worth €32.8 million. In early September 2022, VINCI Airports inaugurated Portugal's first airport solar power plant at Faro airport. With a capacity of 3MWp, it allows VINCI Airports to produce 30% of the airport's electricity needs, reducing CO2 emissions by more than 1,500 tons per year.

In 2022, Faro Airport received the “Voice of Customer” award from ACI for listening to passengers.