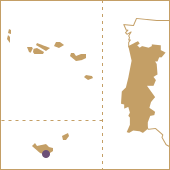 Main gateway to the Madeira region, Funchal airport was inaugurated in 1964 and unveiled in 2016 its new 1.800 sq. m. commercial gallery, with a capacity to handle transactions with up to 1.400 shoppers per hour. The modernization of the airport enabled space to be optimized to offer a richer and wider selection of services to passengers. Improvements also included refurbished check-in counters, new departure gates and border control areas.
These improvements contributed to a 14.6% increase in air traffic at Funchal in 2016 and sales growth of more than 33.6% in just the first 6 months following the new facility's opening.