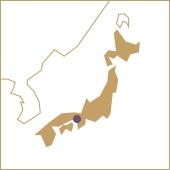 Kobe Airport opened in 2006 in Kobe, a major city in the Kansai region, which has a population of about 1.5 million. The facility sits at the center of a network of routes that link airports throughout Japan. Located on a manmade island designed to integrate seamlessly with the surrounding environment, the airport serves 3 million travelers every year. The VINCI Airports-ORIX-Kansai Airports consortium signed on September 2017 a 42-year concession contract with Kobe City for the operation of Kobe Airport and took over operations of the airport on April 1st, 2018.