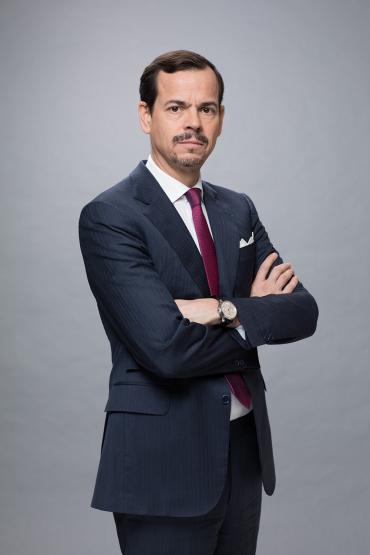 Following many experiences in Sales and Marketing in France and abroad, Emmanuel Menanteau was appointed CEO of Cambodia Airports in July 2011. He became Asia Area Director in 2018 and Area Director for Northern and Eastern Europe and South-East Asia in July 2019 and for the United States in 2021.

Emmanuel Menanteau is a graduate of the School of International Relations and of the Paris Institute of Economics and Commerce.

He started his career at Sextant Avionique where he held a range of positions as Sales and Marketing Manager then as Head of the company's office in India. In 2004, he joined France's Thales, a world leading company for the Defence, Transports and Aerospace markets, as Vice-President, Sales and Marketing, based in Singapore then in China from 2010.

In July 2011, Emmanuel Menanteau was appointed Chief Executive Officer of Cambodia Airports, a subsidiary of Group VINCI Airports holding the concession of the country's network of international airports in Phnom Penh, Siem Reap and Sihanoukville.

By the end of 2015, a consortium made up of Orix Corporation (Japan) and VINCI Airports, signed 44-year concession contract with the New Kansai International Airport Company ("NKIAC") for the operation of Kansai & Osaka international airports.

On April 1, 2016, Emmanuel Menanteau was appointed Co-Chief Executive Officer of Kansai Airports and Representative Director. He became Asia Area Director in 2018 and Area Director for Northern and Eastern Europe and South-East Asia in July 2019. In 2021, he became also Director for United States.