2018 Q4 traffic and annual performance in the VINCI Airports network 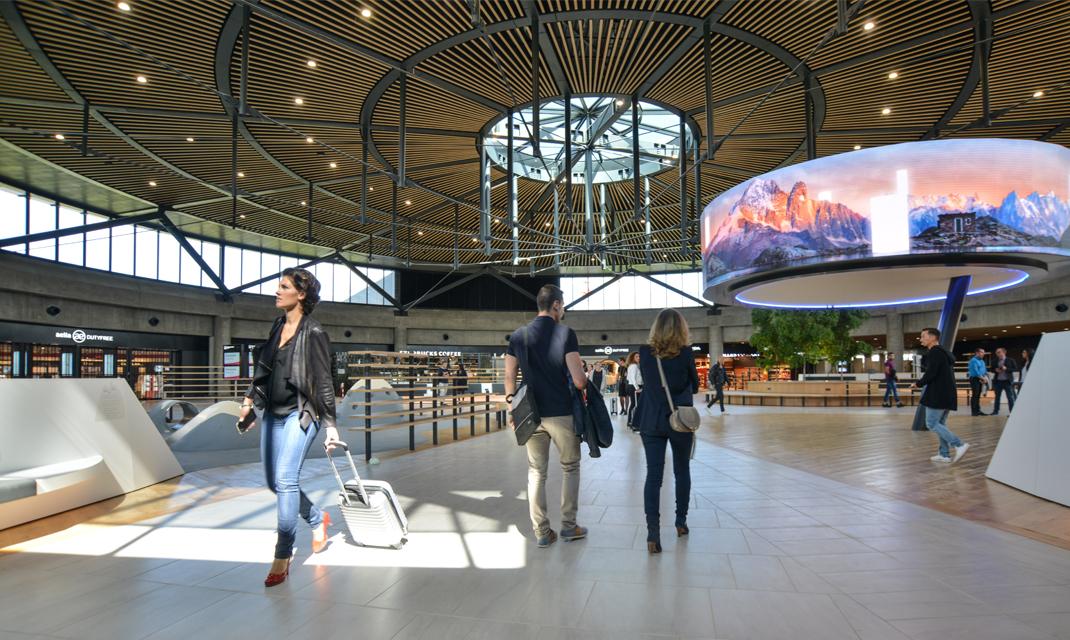 Traffic at the 10 assets operated by VINCI Airports in Portugal rose 6.2% to 12.4 million passengers in Q4 2018. These airports had cleared the 50 million passenger milestone in 2017, and solid 6.8% growth pushed the total past the 55 million passenger mark in 2018. Traffic at the Lisbon hub grew by 8.9% year on year to an all-time-high 29 million notwithstanding space limitations. This was the biggest leap in the VINCI Airports network in 2018. To be able to accommodate traffic growth until the concession expires in 2062, VINCI Airports and the Portuguese government signed on 8 January 2019, an agreement to finance the expansion of Lisbon’s airport capacity, both by the extension of the existing Lisbon airport and the opening of a new civil airport in Montijo, 25 kilometres away from the city center. The airport in Porto posted the highest year-on-year traffic growth rate in the country (10.7% to 11.9 million passengers).

In France, traffic at the 12 airports under VINCI Airports management soared 10.4% to 4.6 million passengers in Q4. Over the full year, these airports catered to 19.9 million passengers, i.e. 9.4% more than in 2017. Traffic at Lyon-Saint Exupéry and Lyon-Bron airports rose 7.4% in 2018, pushing the total past the 11 million passenger mark. The more than 25 new lines, including flights between Lyon and Tel Aviv, Corfu, Catania and Malaga, explain the bulk of this trend. Traffic at Nantes Atlantique Airport increased by 12.9% in 2018 compared to 2017, reaching the 6 million passenger mark, as a result of the opening of 14 new lines. Rennes Bretagne airport posted record-level 18.3% growth in 2018, mirroring a sharp rise in domestic traffic (in particular the easyJet line to Lyon). Traffic in Toulon–Hyères soared 13.1% as Air France started providing services to Paris Charles de Gaulle Airport.

In the United Kingdom, Belfast International Airport (which joined VINCI Airports’ network in September 2018) posted a 13.6% traffic leap in Q4, confirming the British market’s dynamism. This airport handled almost 6.3 million passengers from January to December 2018, i.e. 7.5% more than in 2017.

Stockholm Skavsta Airport in Sweden, which also joined the network in September 2018, posted 2.1% growth in Q4 and 3.9% over the full year.

In Serbia, traffic in Q4 2018 grew by 2.0% to 1.2 million passengers at Belgrade’s Nikola Tesla Airport, which VINCI Airports took over at the end of December 2018. Over the full year, traffic at the airport rose by 5.4% to 5.6 million passengers. This solid performance mirrors the capital city’s vitality.

In Brazil, traffic at the airport in Salvador increased by 7.5% in Q4. VINCI Airports has been operating this airport since January 2018, and it catered to 8 million passengers over the past 12 months, posting 4.6% year-on-year growth. The year’s highlights here included new symbolic lines such as Miami (LATAM Airlines), Santiago de Chile (Gol) and Panama City (Copa).

Traffic at VINCI Airports’ six bases in the Dominican Republic was stable (up 0.3%) at 1.2 million passengers in Q4 2018. In spite of a difficult start to the year marked by the bankruptcy of three airlines, these airports only declined by 2.0% in 2018. VINCI Airports’ marketing campaigns targeting airlines have attracted 20 new lines, which are expected to spur fresh growth starting in 2019.

Traffic at VINCI Airports’ three bases in Cambodia remained on the strong upward trend it has been on since last January. A total of 2.9 million passengers travelled through these airports from October to December 2018 (17.1% more than in Q4 2018), pushing the full-year figure past the 10 million passenger mark for the first time ever, to 10.6 million (up 20.1% year on year). These figures in particular reflect an upsurge in demand from China and Thailand, and the fact that eight new lines were opened. Growth was especially brisk in Phnom Penh (up 27.9%), which cleared the 5 million passenger milestone to reach 5.4 million. Traffic at Sihanoukville International Airport, which serves Cambodia’s leading seaside resort, leapt 92.6% in 2018, mirroring the region’s soaring popularity among national and other Asian tourists.

*On 27 December 2018, VINCI Airports signed an agreement to acquire 50.01% of London Gatwick Airport. This operation is expected to be completed during the first half of 2019.