1.15 billion euros to be invested by 2028 for the extension of the existing Lisbon airport and the opening of a new civil airport in Montijo, entirely financed by the private sector: this investment represents a major milestone for the expansion of Lisbon’s airport capacity and a renewed commitment by ANA and VINCI Airports to contribute to the development of the Portuguese economy 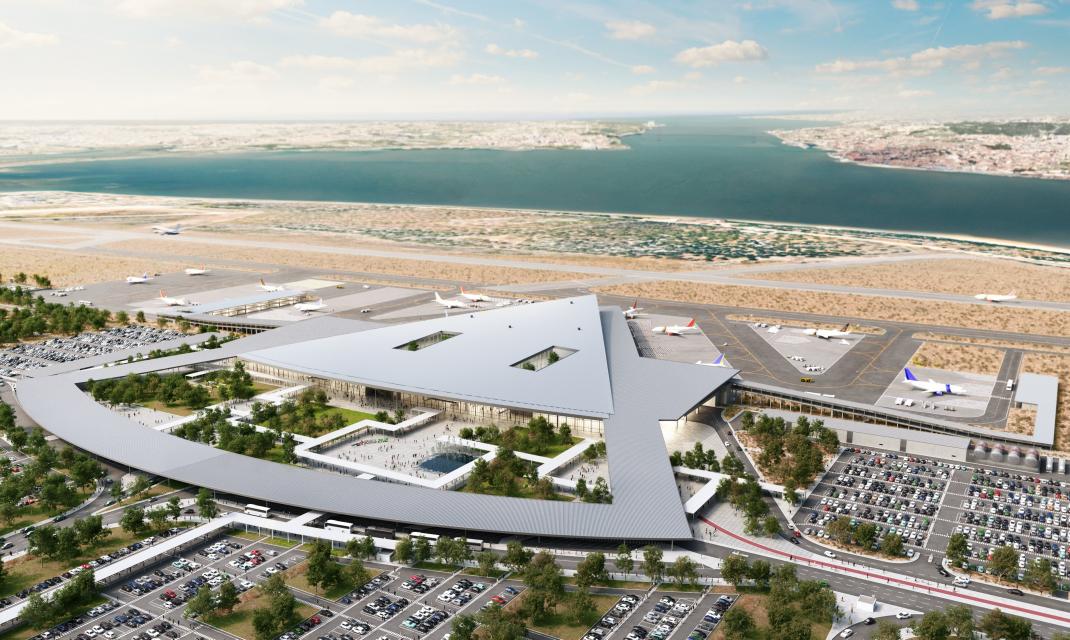 ANA – Aeroportos de Portugal, concessionnaire of 10 airports in Portugal and 100% subsidiary of VINCI Airports, signed on 8 January 2019 an agreement with the Portuguese governement on the main  principles for the extension of the airport capacity in the Lisbon Region. The event took place on the Montijo military Air Base, in the presence of the Portuguese Prime Minister Antonio Costa, the Minister for Planning and Infrastructure Pedro Marques and the Chairman and CEO of VINCI, Xavier Huillard.

This agreement, which seals the consensus reached between the parties on the main technical, operational and financial assumptions of the project as well as the evolution of the future economic regulation, marks a major milestone for the expansion of Lisbon’s airport capacity. Its terms will be included in the addendum to the concession agreement, which should be signed in 2019, once the environmental authorizations have been obtained.

As part of the agreement signed today, ANA shall invest 1.15 billion euros by 2028, including 650 millions euros for the first phase of the extension of the existing Lisbon airport, and 500 million euros for the opening of a new civil airport in Montijo. In addition, 156 million euros will be invested to compensate the Air Force and to contribute to access works in Humberto Delgado and Montijo.

As initially set out by the Portuguese government, this large project will be entirely financed by the private sector, while ensuring that the competitiveness of the Lisbon hub will be maintained through a moderate evolution in airport charges.

This project contemplates a new dual system of airport infrastructures to serve the region of Lisbon enhancing the hub function of Humberto Delgado Airport through additionnal contact positions and reduced connecting times, and a point-to-point flexible, cost-effective and sustainable airport in Montijo, located near the city center (25 km) and offering a new generation terminal. Both airports will provide a modern and improved passenger experience.
With a target capacity of 48 ATM per hour in Humberto Delgado and 24 ATM per hour in Montijo, this dual airport system will be able to absorb the expected growth of traffic until the end of the concession, which remains unchanged in 2062.

At the signature ceremony, Nicolas Notebaert, CEO of VINCI Concessions and President of VINCI Airports said: “This project and this investment we are announcing today mark a new confirmation of  the two main commitments we took 6 years ago, when we first applied for the privatization of ANA: to contribute to the development of the Portuguese economy by increasing traffic, and to invest in infrastructure to support future growth. Traffic in Lisbon has already increased by almost 100% in the last 6 years and here we are again announcing new investments after the 200 million euros we have already invested in the different Portuguese airports”.