The modernization and extension of the Salvador airport, operated by VINCI Airports since 2018, has been delivered in just 18 months and represents an investment of €160 million. This important project was carried out in synergy with VINCI Energies and without interruption of the airport activity. It allows to develop at the same time its capacity, its operational performance as well as the services proposed to passengers. Environment has been also a central focus of the project. 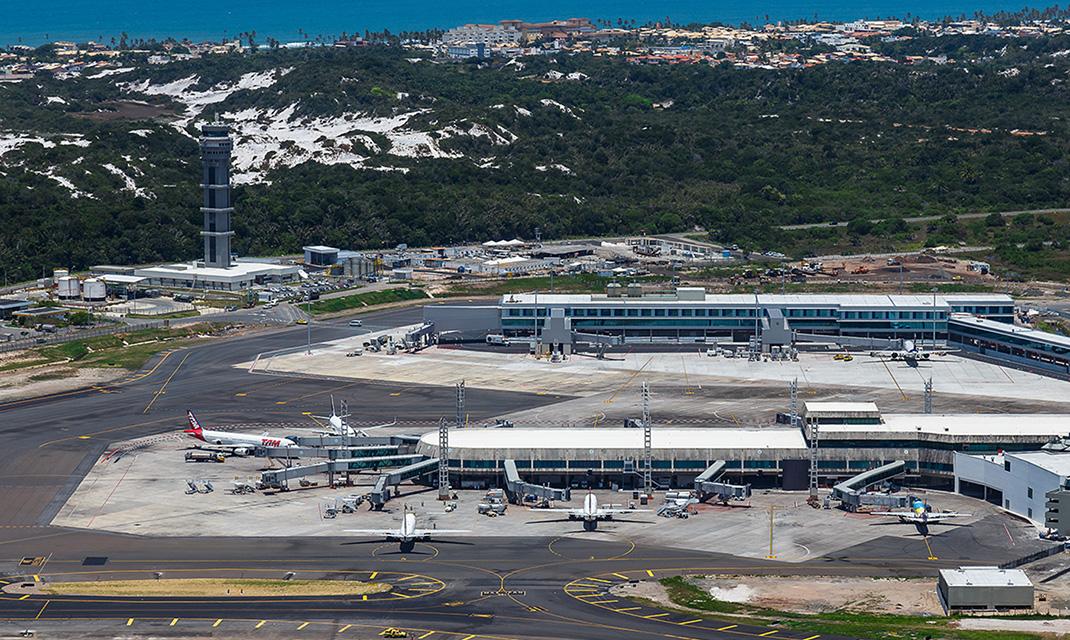 To celebrate the delivery of the works, a ceremony was held at the airport and in the presence of Tarcísio Freitas, Minister of Infrastructure of the Federative Republic of Brazil; José Ricardo Botelho, Director-President of Agencia Nacional de Aviação Civil, the Brazilian civil aviation authority; Rui Costa, Governor of the  State of Bahia; Antônio Carlos Magalhães Neto, Mayor of Salvador;  and Nicolas Notebaert, Chief Executive Officer of VINCI Concessions and President of VINCI Airports.

Salvador airport can now accommodate 15 million passengers a year, compared to 10 previously, thanks to the extension of the terminal and the construction of a new pier with six boarding bridges.

Its operational performance is reinforced with the refurbishment of the two runways, the redesign of the check-in desks and the setting up of new airlines ticket counters.

In terms of quality of services, a new baggage handling system has been put in place, the shopping area has been expanded, and passengers now have access to free high-speed Wi-Fi.

At the environmental level and in accordance with the AirPact policy, the airport modernization work is part of a responsible development dynamic, with the deployment of ambitious initiatives such as the construction of a new treatment plant to reuse on-site wastewater, a solar power station and a waste management center. The Salvador Bahia airport has recently been awarded with two international prizes for its environmental commitment to greenhouse gas reduction, energy efficiency and wildlife risk management.

With the opening since 2018 of eight new routes, including direct flights to Miami, Santiago de Chile, Panama and Salt Island, the Salvador Bahia airport continues to develop its traffic and its connectivity to serve the country, the region and its inhabitants.