On 26 August, international leading testing, inspection and certification body Bureau Veritas approved the hygiene measures implemented by VINCI Airports in its network of airports in France, the United Kingdom and Portugal. An auditing campaign was then carried out to certify the proper implementation of these hygiene measures across its main airports in Europe. 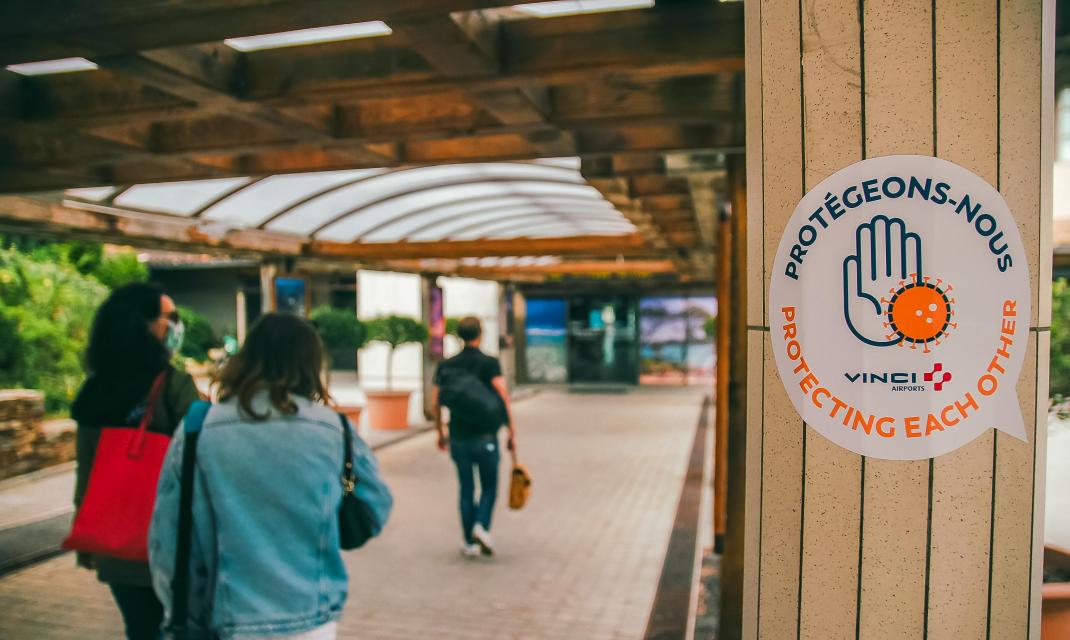 This auditing campaign confirms VINCI Airports’ ambition to ensure the highest level of security for all of its passengers and teams so that traffic resumes in a stress‐free and sustainable manner. It also serves as recognition of the work carried out by VINCI Airports over a number of months, with the support of Bureau Veritas and its scientific committee, to establish appropriate hygiene measures for air travel. The Bureau Veritas assessment criteria take into account airports’ internal organisation,protocols and documentation, as well as the hygiene measures in place throughout the passenger journey in all airport areas for which VINCI Airports is responsible.

The compliance certification applies to all of the VINCI Airports network in France, Portugal and the United Kingdom. With this auditing campaign, VINCI Airports has become the first operator to obtain approval from an independent third party of the hygiene measures implemented across an international network of airports.

VINCI Airports’ commitment to hygiene and safety as aviation resumes is gradually extending beyond Europe; for example, Guanacaste airport in Costa Rica was awarded Airport Health Accreditation (AHA) after Airport Council International (ACI) fully assessed its hygiene measures, making it just the third in the world to receive this certification. Similar efforts to obtain certification are currently being made at other airports throughout the network.

More generally, all of these hygiene measures are part of the international “Protecting Each Other” campaign promoted by VINCI Airports at all of its locations. The campaign is founded on the hygiene recommendations issued by the World Health Organization (WHO) and the agencies of the United Nations, such as the International Civil Aviation Organization (ICAO).