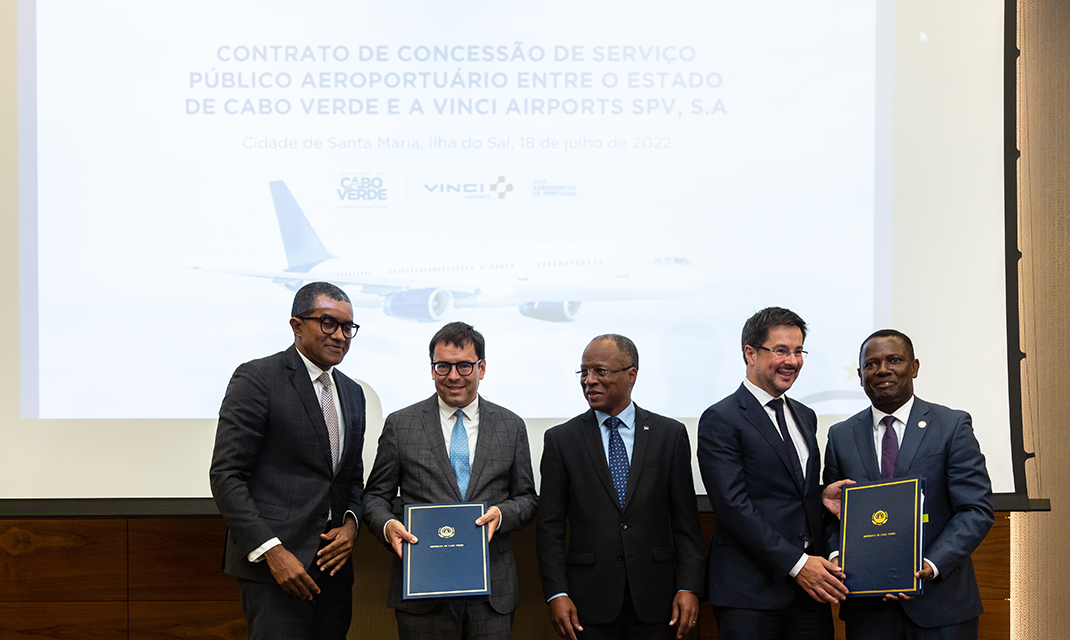 Over a 40-year period, VINCI Airports and its Portuguese subsidiary ANA (owning, respectively, 70% and 30% stakes in the concession company) will be responsible for financing, operating, maintaining, extending and upgrading the airports.

The financial arrangements for the project are expected to be finalised by mid-2023, when the new concession company will begin operating the airports.

As a result of the country’s strong economic growth, stable political environment and thriving tourism sector, air traffic rose by an average of 5.6% each year between 2010 and 2019, with passenger numbers reaching 2.8 million. Despite the Covid-19 pandemic impacting most tourist destinations worldwide, air traffic reached 80% of 2019 levels in the second quarter of 2022.

VINCI Airports aims to support Cape Verde’s tourism strategy through a project tailored to suit each airport (factoring in different passenger segment and island-specific considerations). The archipelago’s cultural identity will be reflected in the architecture and customer experiences at the airports.

This opportunity in Cape Verde will enable VINCI Airports to build on ANA’s 10 years of experience as a concession holder serving 10 Portuguese airports.

According to Nicolas Notebaert, CEO of VINCI Concessions and President of VINCI Airports, “We are very proud to announce this partnership with the Republic of Cape Verde. Our shared vision is to boost the country’s tourism industry through a long-term growth strategy. Improving the airports’ links and performance will have a positive impact on the country. VINCI Airports is deeply committed to helping the Cape Verde archipelago realise its full potential over the course of this long-term partnership.”


About VINCI Airports
The world's leading private airport operator, VINCI Airports operates more than 50 airports in 11 countries in Europe, Asia and the Americas. Thanks to its expertise as a global integrator, VINCI Airports develops, finances, builds and manages airports by providing its investment capacity and its know-how in optimizing operational performance, modernizing infrastructures and managing their operations and environmental transition. VINCI Airports is the first airport operator to have committed to a global international environmental strategy in 2016, to achieve the goal of net zero emission across its entire network by 2050.