This Thursday, Salvador Bahia Airport, a member of the VINCI Airports network, received the Via Viva 2020 Award - Airway category, granted by the Ministry of Infrastructure in recognition of the environmental actions developed. The new title comes five months after the Airport was appointed by the National Civil Aviation Agency (ANAC) as the most sustainable among all others in the country. 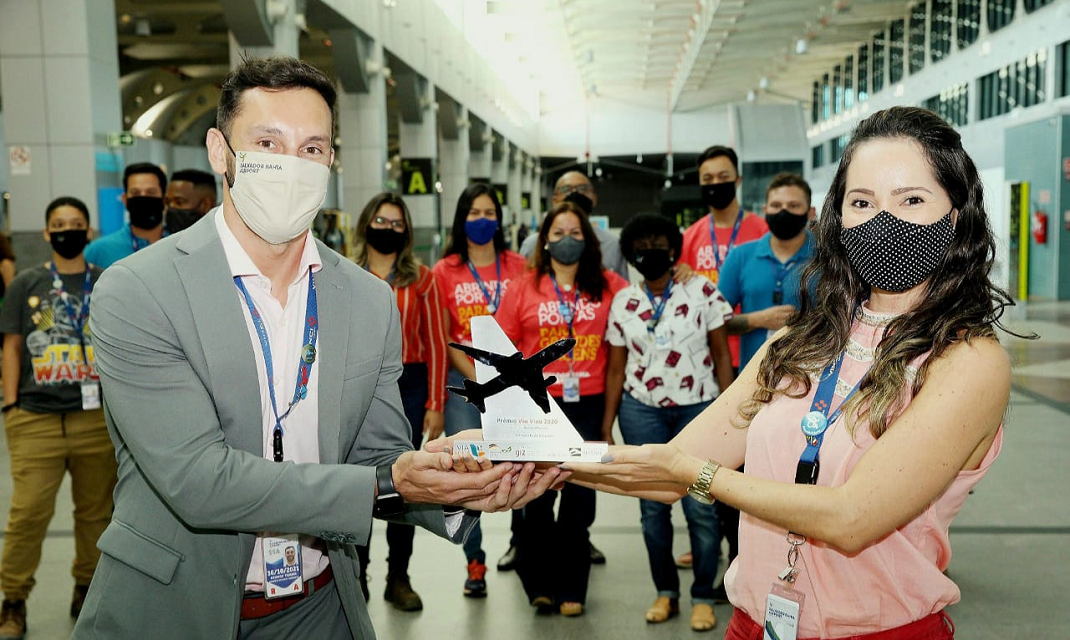 The choice of Salvador Airport took into account the Environmental Performance Index (IDA) in the aviation sector, which monitors the execution of sustainable and environmental protection actions in Brazilian airports. The award took place during Via Viva, the Transport Infrastructure Seminar, promoted by the Ministry of Infrastructure and recognized for encouraging discussion on socio-environmental issues. This year, due to the pandemic, activities, focusing on three sub-axes (green financing, resilience and low carbon), took place virtually.

The award was received by the environment manager at Salvador Bahia Airport, Rodrigo Tavares, who spoke of the VINCI Airports group's commitment to sustainability. "Our desire is to further reduce the environmental impact of our activities, as we are clear that the environment and the economy go hand in hand" he said.

Since it was integrated with VINCI Airports, Salvador Airport has been investing in initiatives to reduce environmental impacts and conserve natural resources. The actions are based on VINCI Airports' global environmental policy which establishes sustainable goals for its airports based on its commitment to the preservation of the environment.

Salvador Airport was a pioneer in Brazil to be zero effluent (100% of the effluents are treated and converted into reuse water) and not to dispense solid waste in landfills, recovering all the waste generated. This latest feat, in fact, is one of Air Pact's goals for 2030, but which was already met by Salvador Bahia Airport in 2020. The equipment also went ahead with the installation of the first solar plant in airports in the country, with 4.2 MW of power to meet 30% of the passenger terminal's need for energy consumption.

In addition, the Airport achieved level 2 of the ACA (Airport Carbon Accreditation) certification, granted by the organization Airport Council International (ACI) and which recognizes the progress towards a reduced carbon footprint.

These and other initiatives have earned Salvador Bahia Airport the title of “Most Sustainable Aerodrome”, granted by the National Civil Aviation Agency (ANAC) in 2019, in addition to international recognitions, such as the “ACI-LAC Green Airport Recognition”, due to the energy efficiency work and the risk management of the fauna it develops.