Only one year after the level 1, Salvador Airport wins the level 2 of the Airport Carbon Accreditation (ACA) programme. Awarded by the Airport Council International (ACI) organization, this international certification testifies to the airport’s concrete efforts towards the reduction of its greenhouse gas emissions, in line with the AirPact ambitious environmental policy implemented by VINCI Airports in each airport of its network. 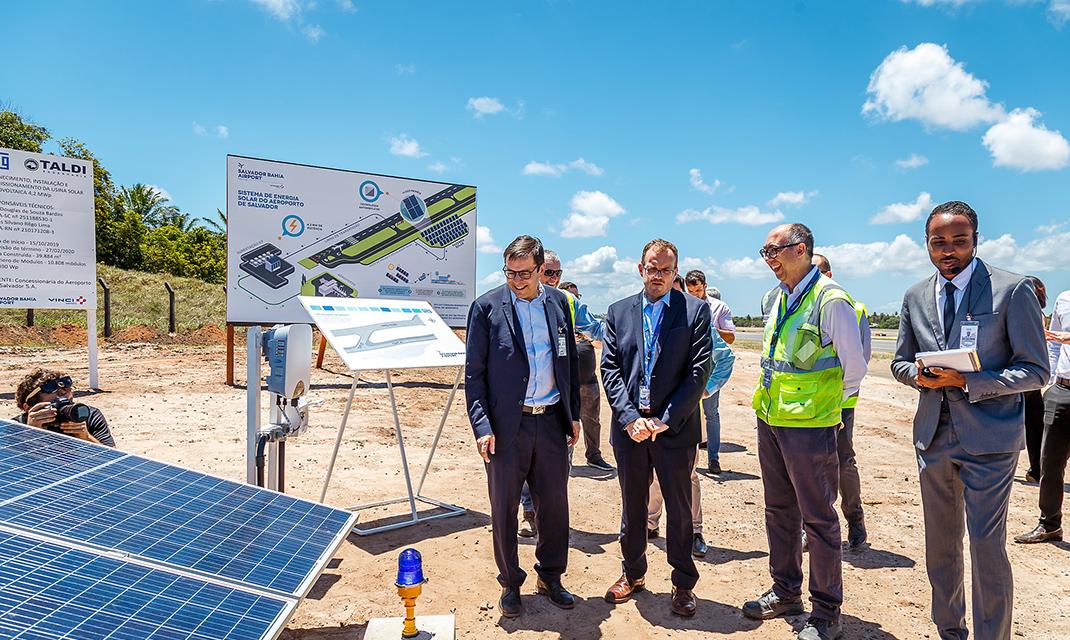 The level 2 recognizes the numerous actions taken by Salvador airport in its carbon management performance such as installation of smart devices, improvements to the air-conditioning system, and the replacement of conventional lamps for LED-which allowed for a 134 tons reduction of the carbon dioxide emitted.

Recently, Salvador Airport also started installing a solar plant at the threshold of its runway. This is the first airport in Brazil to have a solar plant supplying the Terminal.  Made of 11,000 solar panels, the plant will representing an installed capacity of 4,215 KWp for an annual production of 6,3 MWh. And it will further reduce the airport's carbon footprint by 30%, which is equivalent to 690 tons per year.

As another proof of its strong commitment for environment, last October, Salvador Bahia Airport was recognized as a "green airport" during the annual conference of the Airports Council International of Latin America and the Caribbean (ACI-LAC), which rewarded the Effluent Treatment Station (ETE), implemented in 2018, the energy efficiency work and wildlife risk management developed at the airport.