With the expansion of the Las Americas photovoltaic park, VINCI Airports takes a further step towards environmental transition in the Dominican Republic 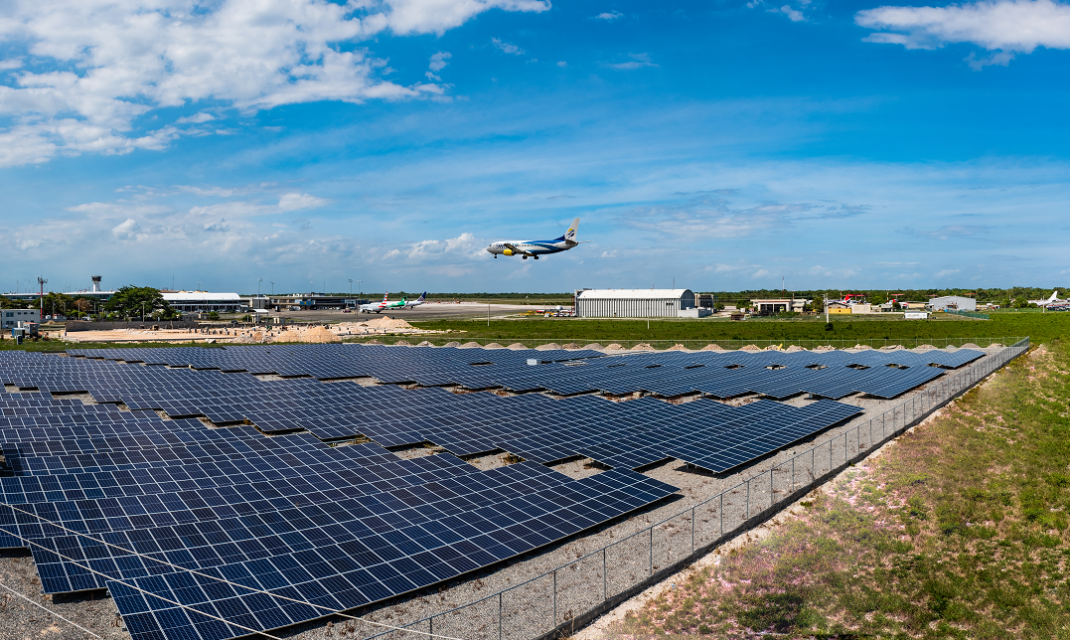 Until March 2020, the solar power plant had 4,546 panels, with a peak production capacity of 1.5 MWp, representing 7.61% of the total energy demand at Las Americas airport. Thanks to an investment of US$2.8 million, 6,364 additional panels have since been installed on the ground, bringing the total number of solar panels to 10,910 for a peak production capacity of 3.6 MWp.

AERODOM thus becomes the company in the country with the largest solar energy production capacity, with 6.8 MW installed in the 6 airports operated by VINCI Airports since 2016.

This expansion of the photovoltaic park, which now covers 20% of the airport's energy needs, will also enable a total saving of 10,500 tonnes of CO₂ each year, the equivalent of approximately 875,000 gallons of fuel.

This new stage in the environmental transition of the Dominican airports operated by VINCI Airports is fully in line with the global ambition pursued since 2015 throughout its network worldwide to develop sustainable airport infrastructure, in particular by acting to reduce their carbon footprint, protect natural environments and resources and recover waste.

VINCI Airports is also supporting all its airports throughout the obtention cycle of the ISO 14001 certification or the integration of the Airport International Council's (ACI) carbon accreditation program (ACA).

At the beginning of the year, AERODOM became the first operator in Latin America and the Caribbean to obtain ACA certification for the six airports it operates in the Dominican Republic.