Guanacaste Airport, member of VINCI Airports’ network, inaugurated a new route with Los Angeles International Airport, California, operated by JetBlue airline. Six times a week, flights will connect Guanacaste with one of the cities that emits the most international tourists to Costa Rica. 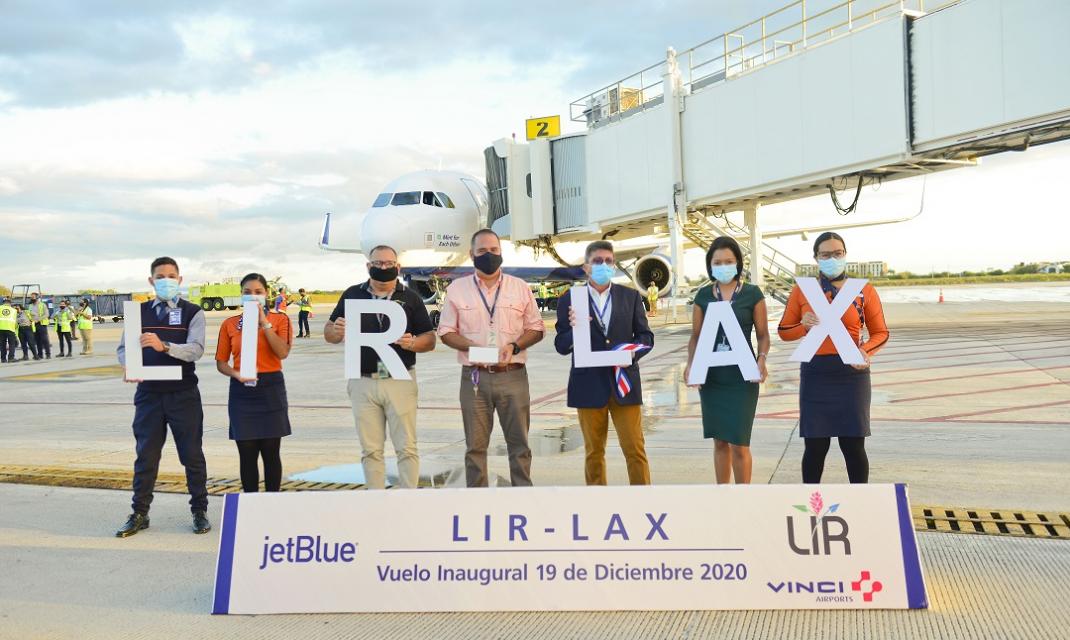 JetBlue also restarted operations at the Guanacaste Airport with two additional routes. Since December 18, flights from the John F. Kennedy airport in New York were resumed, which will have a frequency of four weekly flights. This same Saturday operations were also restarted from the city of Boston, which will have a frequency of once a week.
Currently eight airlines have already resumed operations from the Guanacaste Airport, and this strengthens the reactivation of the province's economy, which depends largely on tourism.
Additionally, for January 8 and 9, 2021, the opening of two new routes from Los Angeles and San Francisco, respectively, is planned.
With the announcement of these new flights, and the restart of the operations of other airlines, number of passengers passing through the terminal in December is expected to double, this compared to the previous month. During November, the terminal registered a traffic of 15,802 passengers.

CORIPORT as a concessionaire of the Guanacaste Airport, and a member of the VINCI Airports network, received during this year the Airport Health Accreditation issued by the International Aviation Council (ACI), becoming the third airport in the world to receive this accreditation. Guanacaste implemented the strictest sanitary standards, to guarantee a safe journey for all passengers. These measures are part of the international campaign “Protecting each other” developed and promoted by VINCI Airports for all the airports in its network.
In addition, ACI has also recognized it for two consecutive years as the best airport in Latin America and the Caribbean in customer service, which shows the commitment of all airport personnel to make passenger transit within the terminal a safe and comfortable space.