The upturn in commercial flight activity is continuing within the VINCI Airports network. After France, Portugal, Serbia and the United Kingdom, it is in Japan that passengers were able to enjoy the pleasure of taking off once again. 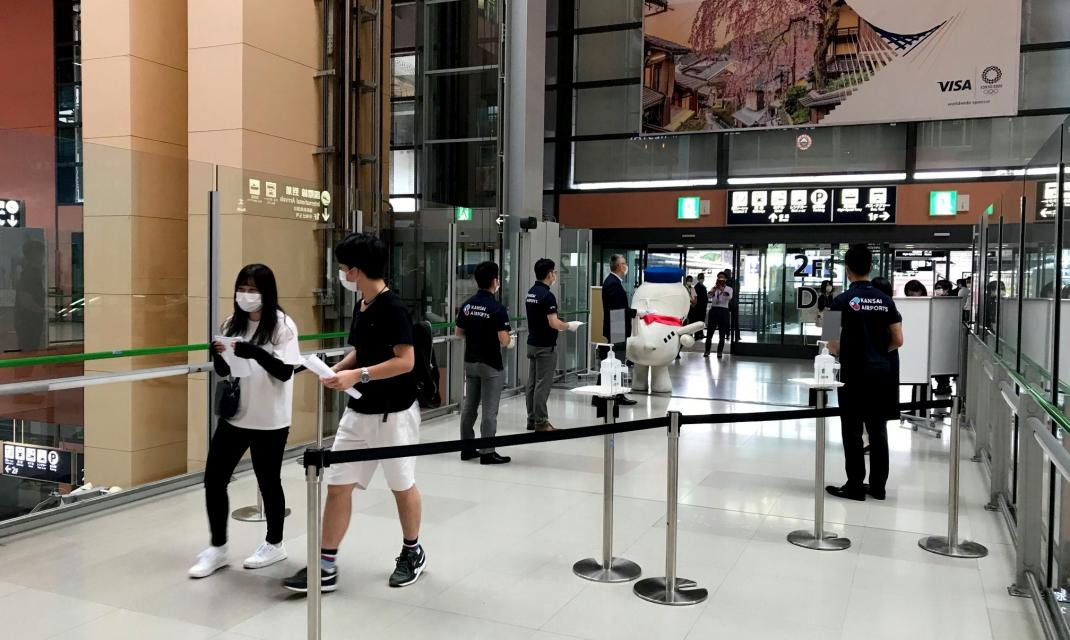 After a period of restrictions on commercial flights due to the Covid-19 epidemic, Kansai and Osaka international airports as well as Kobe airport welcomed their first passengers on Friday 19 June.

At Kansai International Airport, flights are operated by Peach, which is resuming flights to Sapporo, Sendai, Niigata, Nagasaki, Fukuoka, Kushiro, Kagoshima, Ishigaki, Amami, Miyazaki, Okinawa and Tokyo. The airline company plans to increase the number of flights as demand continues to grow and entry restrictions are eased. During the period of commercial flight disruption, airports and aircraft were kept operational to allow a rapid resumption of traffic and to accommodate repatriation and cargo flights.

At Kobe airport, flights operated by Fuji Dream Airlines also resumed on 12 June with connections between Kobe and Matsumoto and Kobe and Aomori.

A number of other airlines have announced their intention to resume flights in the coming weeks. These include Jet Star Japan, ANA (All Nippon Airways) and JAL (Japan Airlines).

VINCI Airports' teams and its partners are also mobilised to accompany travellers and to serenely welcome them in the best possible conditions, with a secure passenger route from the airport to the plane.

In collaboration with competent local authorities, VINCI Airports has implemented health measures in all 45 airports including the mandatory wearing of masks for passengers, flow management to reduce the density in the different areas, respect for physical distance in the queues (which will be ensured through the installation of ground markings), the provision of hydro-alcoholic gel kiosks for passengers, and the reinforcement of cleaning, disinfection and ventilation of the areas within the airports.

At Kansai International Airport and Itami Airport, thermographic cameras have also been placed at security checkpoints to check the body temperature of all passengers. Local transportation such as trains, buses and boats are thoroughly ventilated and many restaurant establishments have started to offer take-away meals to passengers.

These measures are complemented by a "Mask" awareness campaign, which began on June 19 at Kansai's three airports with a mask distribution carried out by Kansai Airports' teams and mascot, Sorayan.

As in the 12 other countries in which it operates, VINCI Airports is fully committed in Japan to enabling a resumption of air traffic to restore the connectivity of the territories and participate in the recovery of the regional economy and employment.