Thanks to our passengers' fidelity in any times, Kobe airport has reached its 40 millionth mark since the opening. Celebrating this milestone, a ceremony was held at the airport in Japan on December 15 in which a certificate and a plane ticket were offered to the 40 millionth passenger. 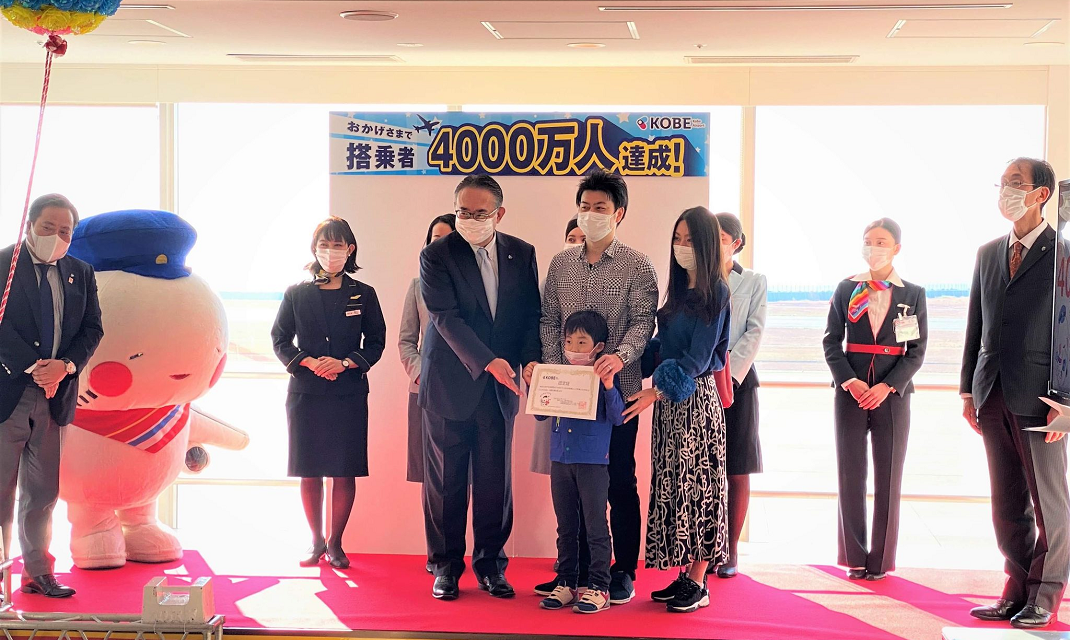 This great milestone demonstrates the resilience and ambition of the airport and our teams to continue to grow, in a sustainable way, despite the challenging time.
Recently, Kobe, but also KIX and Itami airports operated by Kansai Airports and VINCI Airports in Japan, have simultaneously achieved level 4 ‘Transformation’ of the ACI (Airports Council International) Airport Carbon Accreditation ranking. This is a historic first, for both Japan and VINCI Airports, and recognises the actions taken to reduce the airports' carbon footprint since they joined VINCI Airports network.

Kobe Airport opened in 2006 in Kobe, a major city in the Kansai region. The airport sits at the center of a network of routes that link airports throughout Japan. Located on a manmade island designed to integrate seamlessly with the surrounding environment, the airport serves around 3 million travelers every year. The VINCI Airports-ORIX-Kansai Airports consortium signed on September 2017 a 42-year concession contract with Kobe City for the operation of Kobe Airport and took over operations of the airport on April 1st, 2018.