In order to speed up the journey of passengers through border control, Lisbon airport has just equipped itself with seven e-gates. 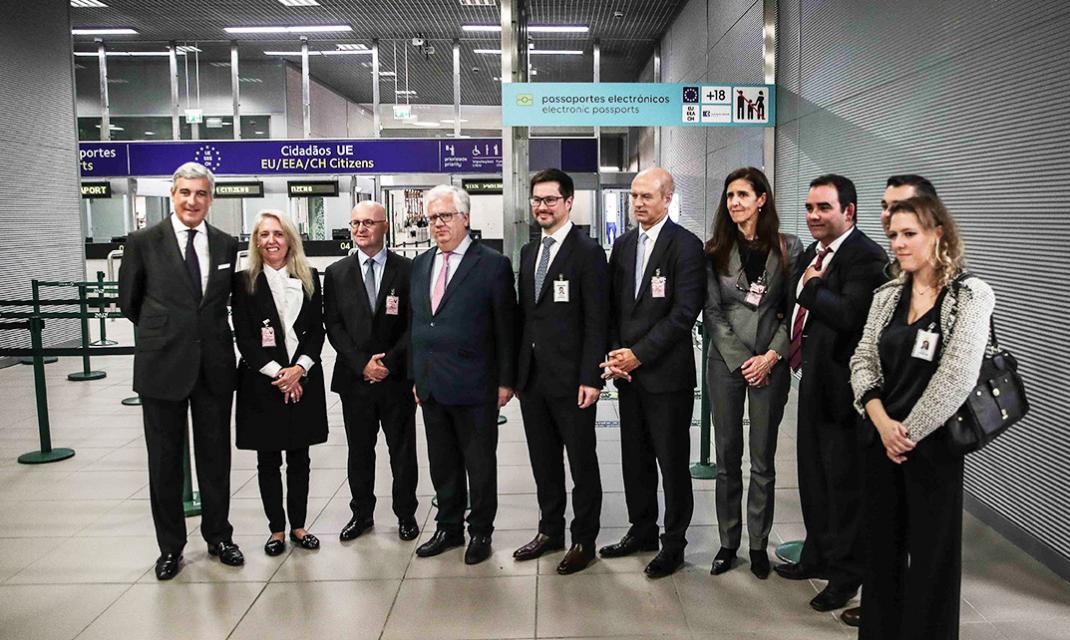 Those new e-gates were inaugurated on 10 February in the presence of Eduardo Cabrita, Minister of the Interior, Alberto Souto de Miranda, Deputy Secretary of State and Communications, Thierry Ligonnière, Director General of ANA, José Luis Arnault, Chairman of the Board of Directors of ANA, and Cristina Gatoes, Director of the SEF - Portuguese Immigration and Border Service. These electronic control gates will make it possible to manage flows of up to 700 passengers per hour at border controls. This automated solution responds to the significant growth in the number of passengers at Portugal's airports and in particular at Lisbon, which in 2019 will exceed 31 million passengers per year. Recently appointed VINCI Airports' centre of excellence for innovation, specialising in flow management, Lisbon Airport is demonstrating its ability to use technology to optimise the passenger experience, in close collaboration with stakeholders and public authorities. The SEF, which is in charge of this deployment, plans to install 49 e-gates in the future at other airports in the country, including Faro, Madeira and Porto.