Operated since 2013 by VINCI Airports under a 50-year concession agreement through its subsidiary ANA - Aeroportos de Portugal, Lisbon airport was yesterday named the ACI EUROPE Best Airport for 2020 in the 25-40 million passengers per year category. 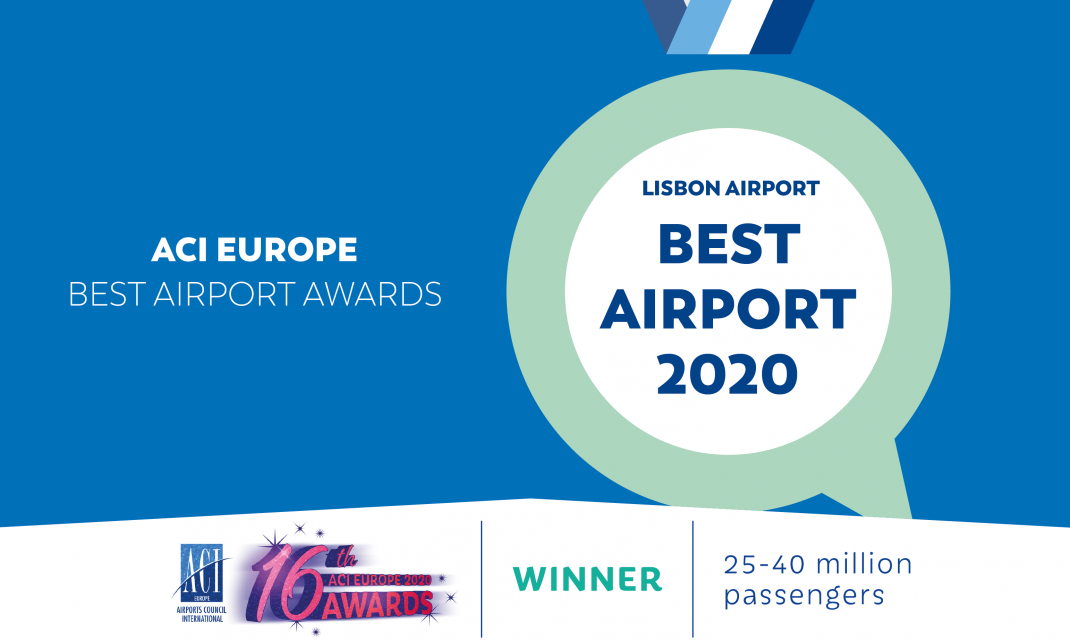 It is the first time a Portuguese airport has topped the European ranking, and after Lyon-Saint Exupéry won the award in 2019, it is the second consecutive year VINCI Airports receives the recognition.

The award confirms the solid operational results VINCI Airports has achieved at Lisbon airport since 2013:
- Significant expansion of the airport’s connectivity, with 73 new routes opened since VINCI Airports took on the concession, making Lisbon a genuine air hub in Europe.
- Enhanced passenger experience by making permanent investments in the infrastructure and developing innovative solutions to manage passenger flows, as the airport is one of three Centres of Excellence for Innovation in the VINCI Airports network.
- Sustained environmental performance, having earned the Airport Carbon Accreditation (ACA) Level 2, demonstrating that the strategy to manage CO2 emissions put in place by VINCI Airports is effective.

The award also acknowledges the engagement in tackling the Covid-19 pandemic, in particular the efforts made by the teams at Lisbon airport to operate flights to repatriate people from abroad, as well as flights to transport patients, medical staff and equipment, in addition to the rapid deployment of the VINCI Airports “Protecting each other” campaign promoting strict hygiene measures, which was certified by Bureau Veritas.

Furthermore, the visible action taken at Lisbon airport helps to showcase the safety of air travel and facilitate sustained recovery in the industry. Such action included:
- A tour given to the Portuguese Prime Minister António Costa alongside President of VINCI Airports and Chief Executive Officer of VINCI Concessions, Nicolas Notebaert.
- Advertising the re-opening of routes throughout the VINCI Airports network in cooperation with the Portuguese tourist board, in particular to the Nantes Atlantique airport.
- Implementation of the world’s first service offering passengers the possibility of making a fully biometric journey from their home to the plane on flights to Lisbon from Lyon-Saint Exupéry with certain airlines.

Nicolas Notebaert said, “We are very proud of the partnership we have developed with the Portuguese authorities since 2013. VINCI Airports intends to continue making Lisbon airport an efficient, sustainable and innovative point of entry to the country that helps drive the recovery in the Portuguese economy and tourism industry."

In France, Lyon-Saint Exupéry airport is again distinguished this year; it receives a special mention from ACI Europe in its category, in recognition of its actions to manage the health crisis.
/