The official ceremony marking the change of name for Lisbon's airport took place on May 15th 2016, in the presence of the President of the Republic, the Prime Minister of Portugal and the Mayor of Lisbon. 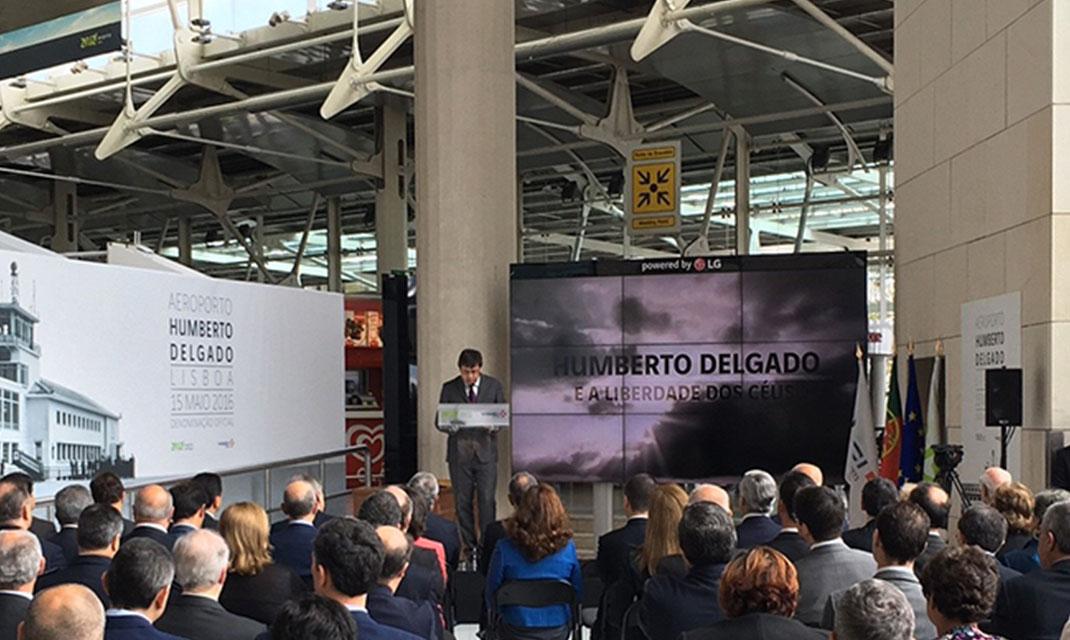 This change in name, following the decision of the Council of Ministers on February 11th 2016, intends to honour the memory of General Humberto Delgado, a political figure who played an important role in the opposition to the dictator Salazar. General Humberto Delgado fought for freedom and democracy but was also involved in developing modern commercial aviation in Portugal.

The inauguration ceremony unveiled the new official name on the outer facade of the airport, together with a commemorative plaque inside the terminal. Nicolas Notebaert, chairman of VINCI Airports,  inaugurated the exhibition "Humberto Delgado e a Liberdade dos Céus" (Humberto Delgado and the Freedom of the Skies), a retrospective organised as a tribute to General Humberto Delgado. The exhibition, opened to the public in the airport, will be on display for two weeks.