At the end of September 2019, Nantes Atlantique airport, managed by VINCI Airports, experienced a passenger traffic growth of more than 17% compared to the same period in 2018 and continued to establish itself as a major mobility tool for the inhabitants and companies of the Grand Ouest. The airport continues to improve passenger experience by offering more fluidity at security controls and upgrading its stores by spring 2020. On the environmental front, Nantes Atlantique receives ISO 14001 certification, recognizing the effectiveness of its environmental management system and illustrating the global approach initiated by VINCI Airports. 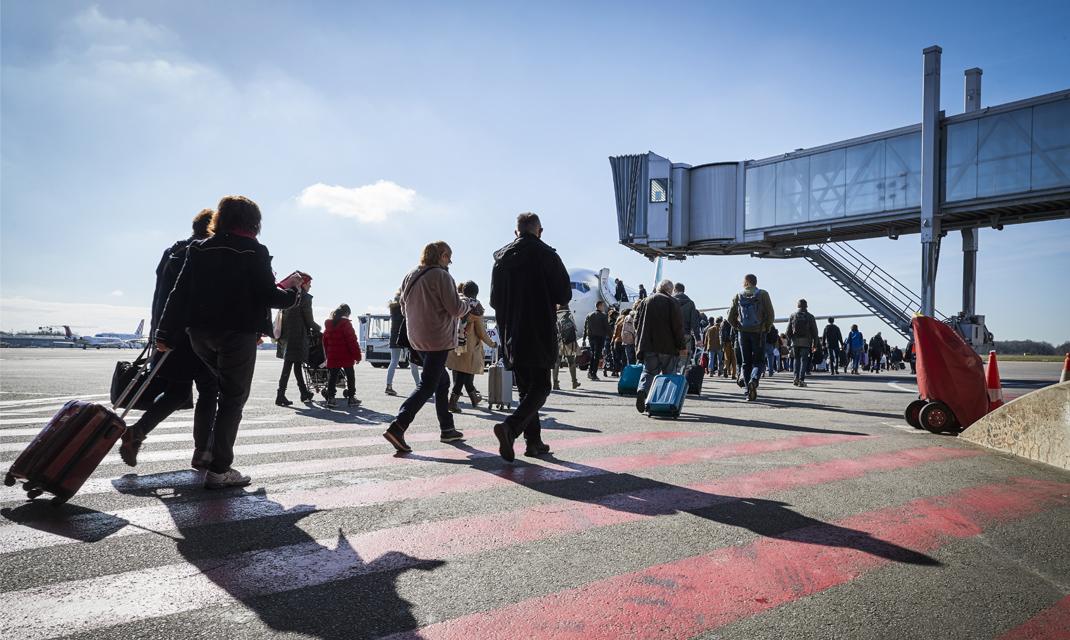 From January to September 2019, Nantes Atlantique airport experienced a sustained traffic growth, with growth of more than 17% compared to the same period last year, mainly due to the development of international connectivity.

The installation of the easyJet base since the beginning of April 2019 has contributed to this development with 14 new routes opened, but other airlines have also participated in this dynamic (Ryanair, Transavia, Volotea and Air France), bringing to 29 the total number of new direct destinations offered to the inhabitants and companies of the Grand Ouest (among more than 100 destinations in total).

Over the same period, from January to September 2019, and as a result of excellent aircraft load factors, the number of movements - landings, take-offs - increased more moderately, by 10%, than the number of passengers. In order to smooth its traffic throughout the year and during the day, the Aéroports du Grand Ouest company, managing Nantes Atlantique airport, prioritizes the development of its traffic in the most off-peak periods.

In terms of quality of service, Nantes Atlantique airport has a very satisfactory record for the summer season, despite the fact that this period is subject to heavy traffic. The services provided and the support of passengers thanks to additional staff have allowed to improve customer experience.

In particular, the airport has become more fluid in all security controls thanks to the establishment of a control line that provides priority reception for families. As a result, waiting time at screening inspection posts has been reduced to a maximum of 20 minutes and an average of 8 minutes. This controlled line dedicated to families will now be open during each school holiday period: next opening date from 17 October to 4 November.

The airport has also implemented several complementary parking solutions this summer, including the "block parking", backed to a professional valet parking service allowing to optimize the space by parking more cars on a same space, the "Tower parking" and the "Pianocktail parking". These solutions have made it possible to offer 1,000 additional seats and to meet passenger demand during periods of heavy traffic.

WORK IN PROGRESS ON SHOPS

The fall-winter 2019/2020 season is an opportunity to redesign the terminal's shops. The new, more modern shops, adapted to passengers' expectations, will gradually open by the spring-summer 2020 season. However, commercial activity continues in parallel of the works and allows passengers to always find alternatives to brands closed for works.

In Nantes Atlantique, all the lighting has been replaced by LEDs (beacon lights, lighting masts on aircraft parking lots,  on part of the terminal, on P4 parking lots, etc.), one of the terminal's boilers has been changed to a more efficient gas boiler and finally 3 gas buses, with lower emissions, have been installed to transport passengers between the terminal and the aircraft. All these efforts have enabled the airport to reduce its CO2 emissions by 46% since 2014.