In Portugal, Madeira airport receives for the first time a direct flight from New York

Historic day for VINCI Airports and ANA in Portugal! Madeira airport (Funchal) received this morning and for the first time, a direct commercial flight from New York, JFK airport. A new connection that will bring new opportunities to the development of tourism on the island. 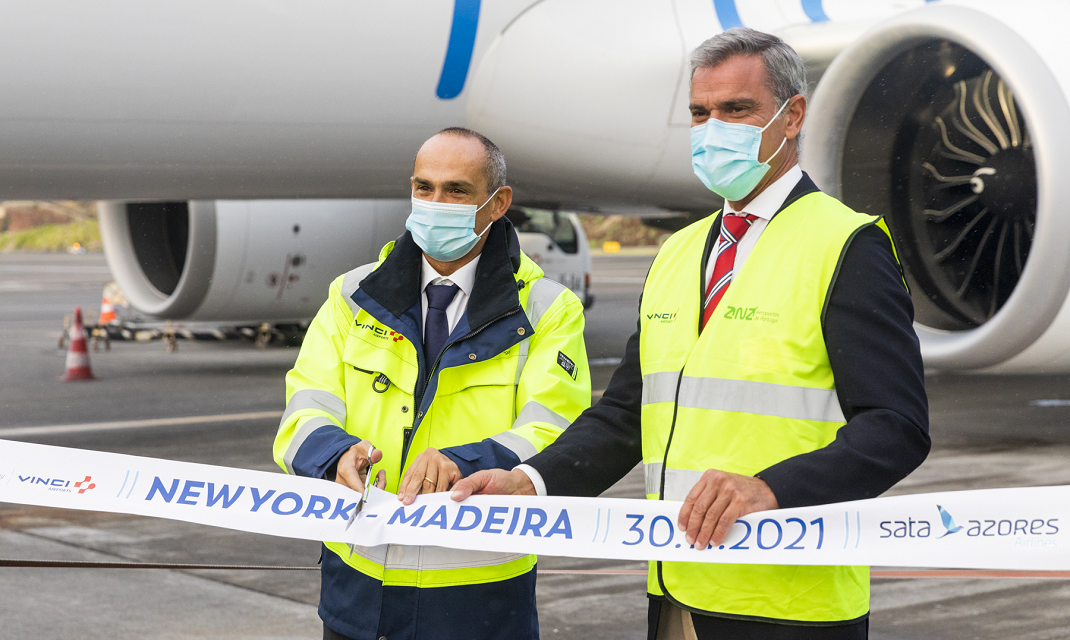 The first flight from New York, originating at JFK airport arrived at 08:05 on November 30 and the first departure to New York from Madeira airport will be next Monday, departing at 4:10 pm, on a flight which will take around 6 hours. This regular operation will take place on Mondays and is scheduled, at least, up to May 2022, on a SATA Azores Airlines A321Neo.
Francisco Pita, Chief Commercial Officer of ANA - Aeroportos de Portugal, pointed out that: "This connection will bring new opportunities to the development of tourism in the Madeira region, contributing to increase the notoriety of the destination in the United States of America. It will be an operation that we will closely monitor, working to make this a regular operation throughout the year."
Eduardo Jesus, Regional Secretary for Tourism and Culture and President of the Madeira Promotion Association says: "The arrival of the first direct flight from New York to Madeira is a milestone in the history of accessibility to the Autonomous Region of Madeira. This operation offers 5,130 seats each way. We are diversifying markets, establishing a presence in other territories, and increasing the notoriety of this destination. I would like to highlight the contribution made by Inovtravel, SATA, Associação de Promoção da Madeira and ANA-VINCI, without which it would not have been possible to begin this new phase of development of Madeira as a destination."

This new route comes only few days after the announcement of a new Ryanair base in Funchal, another excellent news for the Autonomous Region of Madeira.