Thanks to its ambitious international development policy, the VINCI Airports network handled more than 180 million passengers for the first time in a 12-month year-on-year period. In the third quarter of 2018, traffic across the 44 platforms managed by VINCI Airports reported a +2.8%* increase relative to the third quarter of 2017, with a record 51.3 million passengers handled by the company’s network. Excluding Japan’s performance, which was adversely affected by a succession of exceptional climate events, the growth rate was +6.1%. 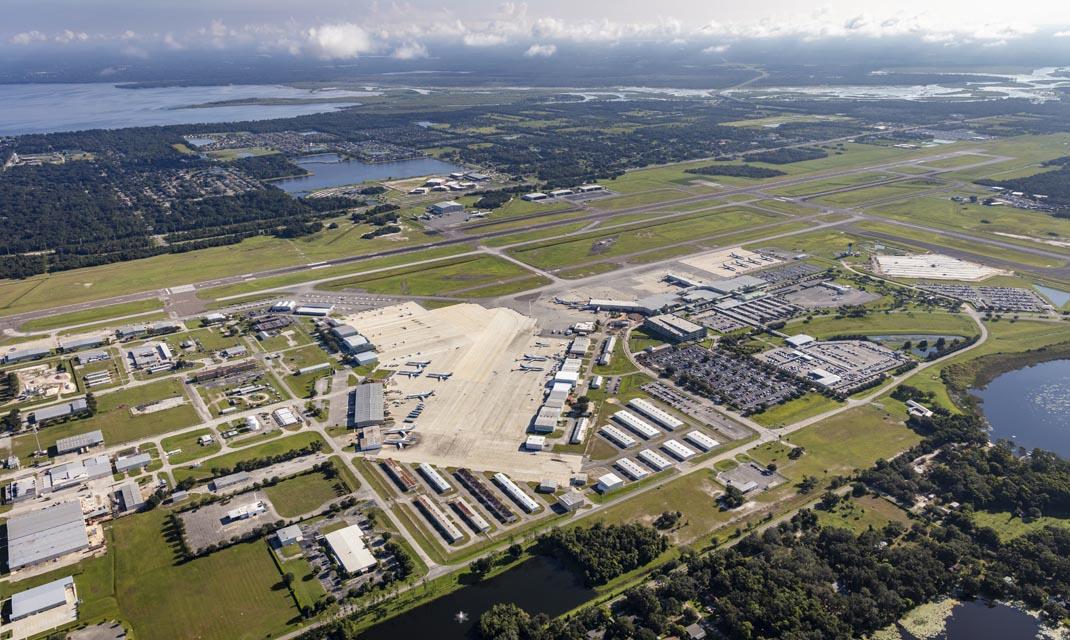 In the United States, at the five American airports now operated by VINCI Airports under concession or full management contracts**, traffic increased +8.8% overall compared with the third quarter of 2017, totalling 2.4 million passengers. Passenger traffic at Orlando-Sanford International Airport in Florida rose +6.4% thanks to the performance of Allegiant, its main airline. With +11.4% growth and 1.4 million passengers handled over three months, Hollywood Burbank Airport in California confirmed the appeal of America’s west coast.

In Latin America, Daniel Oduber Quiros International Airport in Liberia, Costa Rica, recently integrated into the VINCI Airports network, posted growth of +4.5%. It handled nearly 890,000 passengers since the beginning of the year, confirming the attractiveness potential of the ciudad blanca and Guanacaste region which, served by several direct flights, are particularly favoured by Americans and Canadians. Costa Rica has been strengthening its position as the most popular tourist destination in Central America for several years. Daniel Oduber Quiros is the country’s second-largest international airport after San José.

In Chile, traffic at Santiago airport increased +6.2% in the third quarter of 2018, stimulated by growth in international traffic related mainly to the opening of new routes towards Latin America (Peru, Paraguay and Brazil). The Emirates airline started operations in July with the strategically important Santiago–Sao Paulo–Dubai route, which now links Chile to Asia and the Middle East. In parallel, Brazilian airline JetSmart celebrated its first year of service and its one millionth passenger, confirming the soundness of the domestic market.

In Brazil, Salvador airport’s traffic grew +3.0% in the third quarter, maintaining its positive momentum despite the local political context and the devaluation of the Brazilian real. The fall in traffic from Argentina, caused by the economic crisis in that country, also resulted in seasonal adjustments in August and September.

In the Dominican Republic, the decline in traffic at the six airports operated by VINCI Airports stabilised at -0.4% in the third quarter of 2018. Eleven new routes were opened towards North America, Europe and other Caribbean islands in the past three months as part of a determined policy to expand the services on offer. The transformation of Santo Domingo’s Las Americas airport (+1.4%) as a Caribbean hub continued successfully.


In Asia, the three Cambodian airports continue to post strong traffic growth, particularly at Phnom Penh (+21.6%) and Sihanoukville (+73%). During the third quarter of 2018, they handled 2.4 million passengers, i.e. a +16.4% increase compared with the same period in 2017. The marketing policy continued successfully: 13 new routes were opened during the third quarter at the three airports. This performance reflects the emergence of ever-increasing domestic traffic, fuelled by eight local airlines, and flourishing international tourism, mainly from other Asian countries (China, Thailand, South Korea and Vietnam).

In Japan, traffic at the three airports managed by VINCI Airports in the Kansai region declined by 7.0% over the quarter, as a consequence of the temporary suspension of operations in September at Kansai International Airport (KIX), which resulted in a 14.2% fall and the flight cancellations related to the torrential rainfall in July and the earthquake in Hokkaido in September. A category 5 typhoon hit the west of Japan on 4 September, causing significant damage to KIX’s Terminal 1, as well as some of its runways, and led to the closure of the single bridge accessing the airport following a collision with an oil tanker. Operations started up again partially on 7 September, with a return to full operation on 21 September. In a major achievement, the airport was completely reopened in under three weeks after the catastrophe thanks to the combined efforts of the Ministry of Land, Infrastructure, Transport and Tourism, government agencies and Kansai Airports.

Once the operational and passenger handling capacities were entirely restored, traffic momentum at KIX returned to normal. A far-reaching communication campaign was launched by Kansai’s tourism players, targeting Asian markets such as China and South Korea. Osaka-Itami airport (+4.6% growth over the period) and Kobe airport (+1% growth) were mobilised to limit the impact of the temporary closure of KIX, demonstrating the relevance of the integrated management of the three regional airports. Over a 12-month year-on-year period, the three Kansai airports posted a sound performance with +4.9% growth in passenger numbers.

In Europe, the 10 Portuguese airports reported their best ever summer season, with 17.3 million passengers handled between July and September, i.e. a +4.2% increase on the 2017 figure. Over the first nine months of the year, 42.9 million passengers used VINCI Airports’ Portuguese facilities, representing +7.0% traffic growth. Portugal exceeded the 42 million passenger mark over the period. With the country’s popularity as a summer destination for European tourists (notably Spanish, French and German), low-cost airlines had a very fine season. National airline TAP also posted a very good performance. Lisbon airport handled 2 million more passengers (+10.3%) since the beginning of the year compared with same period in 2017.

In France, VINCI Airports’ 12 facilities recorded a sharp increase in traffic during the third quarter (+8.5%), with 5.8 million passengers handled across the entire network.
Traffic at Nantes Atlantique rose 11.3%, with all-time records set in July and August due to particularly sharp growth in international traffic thanks to the 10 new routes opened this summer.
Lyon-Saint Exupéry recorded 5.9% growth compared with the third quarter of 2017. For the first time, monthly passenger numbers exceeded 1 million in July and August.
Three regional airports posted two-figure growth over the quarter: Rennes (+19.2%) and Clermont Ferrand Auvergne (+15.1%), both of which set new traffic records in July, as well as Toulon-Hyères (+16.1%), thanks mainly to the success of the new Roissy-Charles de Gaulle route.

In the United Kingdom, Belfast International Airport, which joined the VINCI Airports network in September, handled close to 2 million passengers in the third quarter of 2018, representing 12.2% growth over the same period in 2017, driven by the popularity of the London Stansted route operated by Ryanair.