On Monday 8 June, after a period of restrictions on commercial flights due to the Covid-19 epidemic, Lyon-Saint Exupéry and Nantes Atlantique airports welcomed their first passengers who were able to connect directly to the two airports of the VINCI Airports network via a flight operated by Air France. 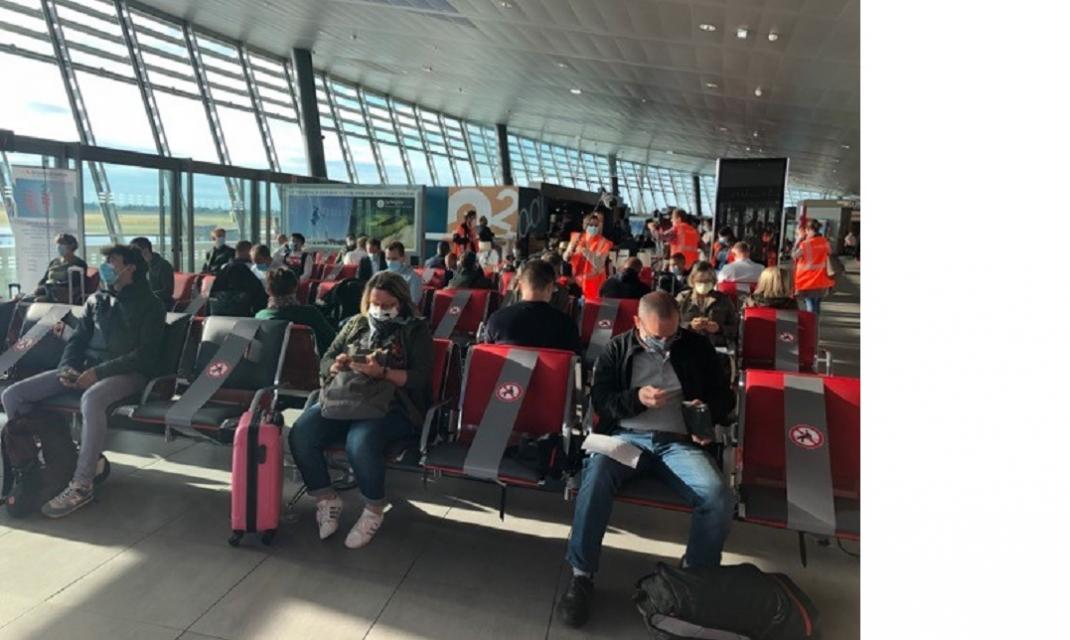 At Lyon-Saint Exupery airport, this commercial flight’s resumption will take place, in compliance with government travel authorizations, from June 8 with the gradual resumption of Air France flights to Toulouse, Nantes and Bordeaux at a rate of three flights per week. From June 15, destinations such as Biarritz, Brest, Lille, Nice, Rennes and Strasbourg will be accessible again, followed by Pau on June 22, while maintaining a three-flight-per-week rotation system.

The French airline Twin Jet is taking part in this revival in activity with the reopening of flights to Zurich and Stuggart twice a week from June 15. Air Corsica, Transavia and Volotea are also expected to start resuming their flights shortly.

At Nantes Atlantique airport, the relaunch of Air France flights began this morning with the arrival of the first passengers from Lyon-Saint Exupéry. It will gradually continue over the coming days with the reopening of services at Roissy CDG as from June 9.

Likewise, the Volotea, Easy Jet, Transavia and Ryan Air airlines have announced the resumption of their activities at the airport; Volotea will resume operations from June 17  and will serve the destinations of Ajaccio, Bastia, Figari, Montpellier, Nice and Strasbourg. EasyJet will serve Geneva from June 16 and Lyon and Nice from June 18. Transavia will serve Portugal: Faro, Lisbon and Porto from June 15 and Ryanair will offer flights from Nantes to Marseille from June 23.
With the gradual resumption of regular passenger traffic at its airports in France, VINCI Airports is investing in restoring regional connectivity and participating in the revival of regional economy and employment.
VINCI Airports' teams are also mobilised to accompany travellers and to serenely welcome them in the best possible conditions, with a secure passenger route from the airport to the plane.

Set by the competent authorities in each country, the health measures implemented in airports include, in France, the mandatory wearing of masks for passengers (from the age of 11), flow management to reduce the density in the different areas, respect for physical distance in the queues (which will be ensured through the installation of ground markings), the provision of hydro-alcoholic gel kiosks for passengers, and the reinforcement of cleaning, disinfection and ventilation of the areas within the airport.

At Lyon-Saint Exupéry, for example, 5,000 protection kits will be distributed free of charge to the first passengers. In line with a safe, fluid and fast journey, the teams in charge of innovation have mobilized themselves to provide "contactless" services: parking with electronic payment, lane cutting, contactless border control and personalised accompaniment.

In Nantes, floor and window markings have been put in place to ensure social distancing and to separate agents from passengers at each point of the airport such as check-in counters and in the queues. At every stage, water-based gel dispensers have been installed, and posters and visuals remind passengers to wash their hands regularly.


These measures are supplemented by a major "Protecting Each Other" awareness-raising campaign that VINCI Airports is deploying throughout its network of 45 airports, in France and abroad, using posters, screens and sound messages reminding passengers of the rules of hygiene and barrier gestures.