Salvador Bahia Airport has been awarded, for the third consecutive year, the Seal of Ethnic-Racial Diversity, recognition granted by the Municipal Secretariat of Reparation of Salvador to organizations that develop actions to combat institutional racism. The seal, granted on December 16, establishes conducts and commitments for the signatory companies in relation to the promotion of racial equality and equity in labor relations. 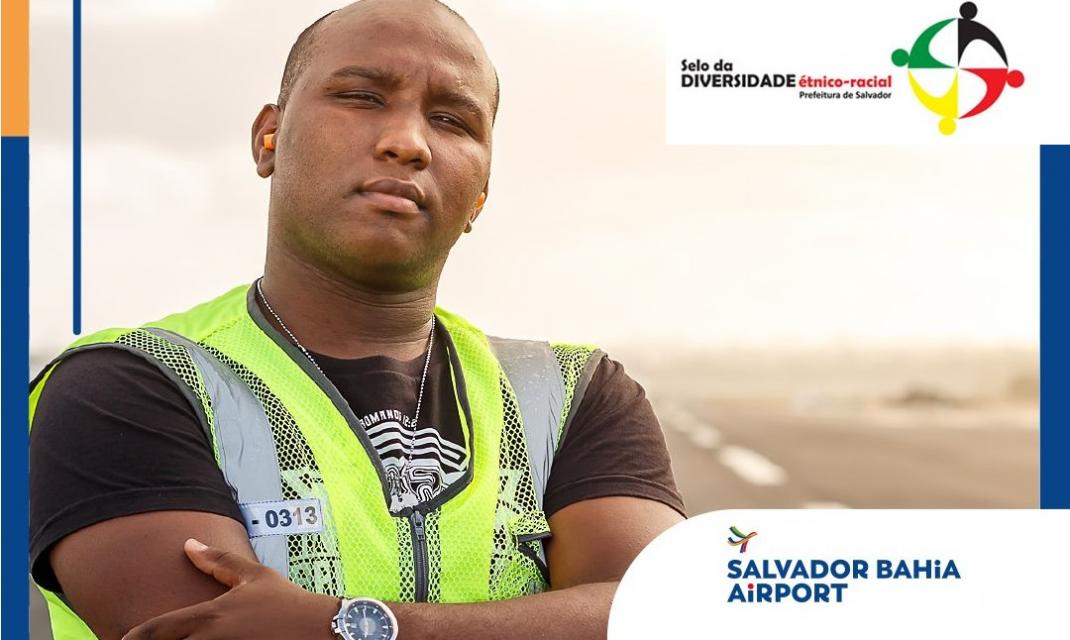 The recognition reflects actions that Salvador Bahia Airport, a member of the VINCI Airports network since 2018, has been taking since it got the first seal: last year, the airport created the Diversity Committee, which aims to develop and implement combat actions against discrimination in the institution. Currently, of the company's 228 employees, 168 declare themselves black or brown. Looking exclusively at the women on the team, 70% of them also declare themselves black or brown.

"VINCI Airports brings diversity as one of its values, seeking to combat all forms of discrimination in hiring, in professional relationships and in the evolution of employees' careers, welcoming people from different backgrounds", declares the Human Resources manager of Salvador Bahia Airport, Isabela Dantas.
Last November, Salvador Bahia Airport reinforced the company's efforts in the fight against racism. One of the actions promoted by the Diversity Committee was a virtual training for employees on structural racism and ways to combat it. The airport also signed a partnership with AFRO TV, a startup that brings together black talent for the production of audiovisual content. The project, which launched mini videos on Afro tourism in Bahia, shows that the blackest state in Brazil has the potential to become the largest black destination in Latin America.

“The committee's objective is to foster the discussion on diversity and inclusion in the corporate environment internally. VINCI Airports has the Manifesto Juntos!, which are the company's global strategies, and diversity is one of those pillars. Joining the Committee gave me the opportunity to learn a lot about these topics. One of the main objectives of the Committee is to educate, inform, so that we learn to live with differences”, says Civil Aviation Safety Assistant, Cleber Santos, member of the Diversity Committee.