VINCI Airports started operating Salvador International Airport, making it a key asset of its network. Since, VINCI Airports has invested more than $130 million in requalification works and sustainable initiatives alone. As a result, the airport has achieved more efficiency and safety in its operations, besides the title of the most sustainable airport in Brazil, for two consecutive years, an acknowledgment granted by the National Civil Aviation Agency (Anac). 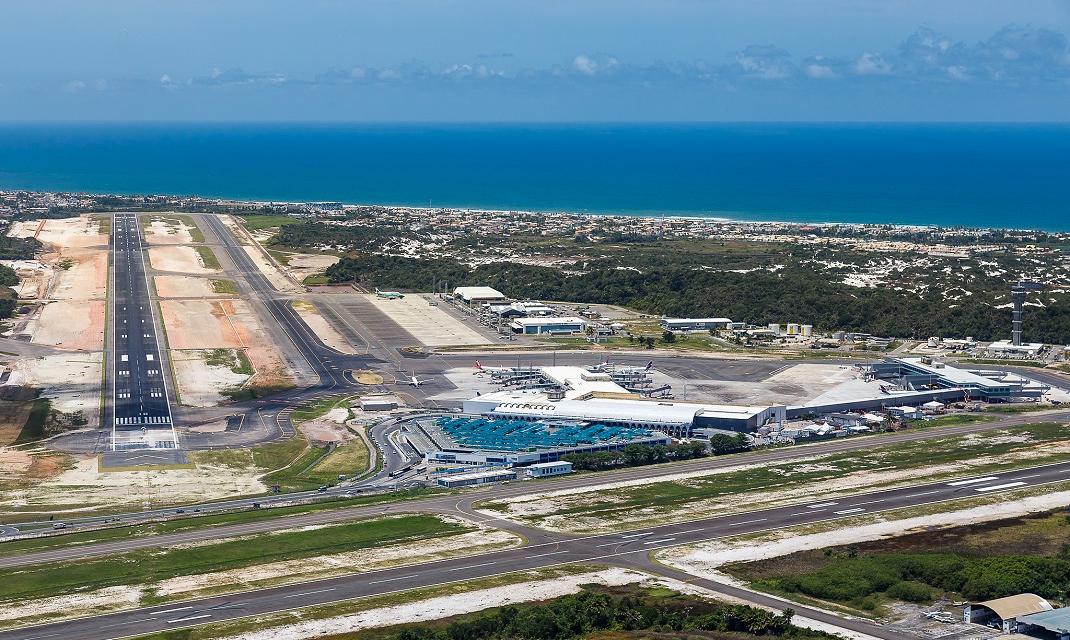 VINCI Airports has raised the airport to the highest operational and sustainability standards. With the construction of a new aircraft pier and the implementation of six new boarding bridges, in addition to other improvements, the Bahia’s Capital airport can receive up to 15 million passengers per year.
Passengers also gained more than 22,000 m² of built-up area at their disposal, an array of new commercial options, and awe-inspiring comfort when traveling, with the replacement of the A/C system, the construction of a large pre-boarding area, new elevators and escalators, additional toilets, and the availability of complimentary high-speed internet.
During the Concession, Salvador Bahia Airport has gained prominence for its pioneering spirit in sustainability. Appointed by Anac as the most sustainable in Brazil for two consecutive years, the airport was the first in the country to have a solar plant, to adopt a zero-landfill policy and not to release effluents into the environment. The adoption of the circular economy concept is also noteworthy: 100% of its solid waste is recovered and sent for recycling or another environmentally correct disposal, and there are several water reuse initiatives in progress. In addition, rigorous work in fauna management has helped to reduce the number of collisions between birds and aircraft, increasing the safety of landings and take-offs and helping to preserve the local biodiversity.
For the next years, VINCI Airport’s objective is to continue improving the passengers' travel experience and advance in environmental preservation, zeroing net carbon emissions by 2030. Among the VINCI Airports plans is to continue to move forward into the development of the airport's traffic potential, expanding the hub, and attracting new companies and destinations. Salvador Bahia Airport Concession has a total duration of thirty years. “Everything we've done so far has been only a fraction of what's to come. We will continue to invest in the airport in the coming decades, in order to maintain a high level of service provided to our passengers, safety, efficiency and alignment with technology”, highlighted Julio Ribas, Salvador Bahia Airport’s CEO.

About VINCI Airports
VINCI Airports, the leading private airport operator in the world, manages 45 airports in 12 countries in Europe, Asia and the Americas. We harness our expertise a comprehensive integrator to develop, finance, build and operate airports, while leveraging our investment capability and expertise in optimising operational performance, modernising infrastructure and driving environmental transition. VINCI Airports became the first airport operator to start rolling out an international environmental strategy, in 2016, with a view to achieving net zero emissions throughout its network by 2050.