Salvador Bahia Airport, a member of VINCI Airports, is the first in the northeast region to be granted the "Airport Health Accreditation" (AHA), a sanitary certification from Airports Council International (ACI). It celebrates and promotes the best sanitary practices in the airport industry. The goal was achieved on the safety protocols adopted throughout the SARS-CoV-2 pandemic, based in VINCI Airport’s “Protecting Each Other” awareness campaign. As result, other airports in the network have also received the AHA certification, such as Belfast International Airport (United Kingdom) and the three airports managed in Cambodia (Phnom Penh, Siem Reap, and Sihanoukville). 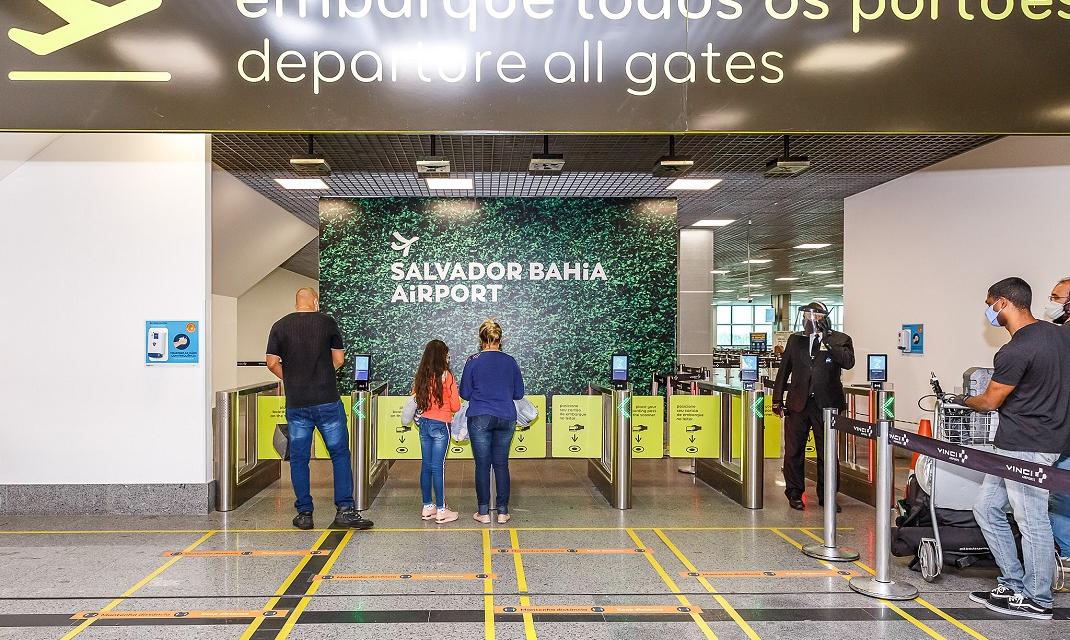 In order to receive the accreditation, Salvador Bahia Airport underwent a voluntary assessment by the AHA programme, which verified a diverse array of topics such as cleaning and disinfection, physical distance, personnel protection, physical layout, communications and passenger facilities.
The assessment were carried out in all areas and processes involving travellers, including terminal access, check-in areas, gates, lounges, retail stores, restaurants, border control areas and their facilities, baggage claim and arrivals area.
“This accreditation reflects VINCI Airport’s concern since the very beginning of the pandemic to make Salvador Bahia Airport and all the airports of our network a safe environment for travellers and the airport community. Our measures to fight Covid-19 is now internationally recognized, confirming that all signage, awareness and adequacy actions of infrastructure and processes are in line with global health security protocols”, explains António Mendes, Operations Director at Salvador Bahia Airport.

Protecting Each Other
At Salvador Bahia Airport, passengers rely on strict compliance with health safety standards based on international protocols and with the National Health Surveillance Agency (Anvisa) guidelines for airports. Some of the measures adopted during the pandemic are increased frequency of cleaning in common areas, safety distances marked on the floor, use of protective barriers at check-in counters and hand sanitizer points at the terminal.
In addition, other solutions were developed and included in the airport's security protocols, such as a disinfection tunnel, installed to effectively sanitize the trays using ultraviolet rays.
Innovation was also applied to sanitary measures. “Bathroom 3.0” uses a motion sensor to monitor occupancy and indicates whether the user can enter or whether to look for another cabin. A screen on the outside communicates in real time the occupation of the bathroom - low, medium, or maximum -, avoiding crowding in the internal area.

About Salvador Bahia Airport
Located in Salvador, capital of Bahia and the first Brazilian capital, Salvador Bahia Airport has been part of the VINCI Airports network since January 2, 2018 through a 30-year Concession Contract. Since then, the airport has incorporated global operating standards, seeking to deliver more efficiency, safety and a better travel experience for its passengers. With this objective, works were carried out to modernize and expand the passenger terminal, an investment of R $ 700 million that increased its capacity by 50%, from 10 million to 15 million passengers per year.

Named as the “Most Sustainable Aerodrome in Brazil”, Salvador Bahia Airport stands out for its pioneering spirit in environmental preservation actions. Guided by Air Pact, VINCI Airports' global strategy, the airport was the first in Brazil to reuse 100% of the water consumed, not to dispense solid waste for landfills and to have a solar plant - with 4.2 MW of power. The airport's actions to reduce carbon emissions led it to receive the Carbon Accreditation Certification (ACA Certification) by the International Airport Council (ACI).

About VINCI Airports
VINCI Airports, the leading private airport operator in the world, manages 45 airports in 12 countries in Europe, Asia and the Americas. We harness our expertise a comprehensive integrator to develop, finance, build and operate airports, while leveraging our investment capability and expertise in optimising operational performance, modernising infrastructure and driving environmental transition. VINCI Airports became the first airport operator to start rolling out an international environmental strategy, in 2016, with a view to achieving net zero emissions throughout its network by 2050.