Since 2016, VINCI Airports is pursuing an ambitious plan to increase Santiago International airport capacity to answer national and regional traffic growth and propel Santiago as South America air transport hub. The airport just passed a new key step with the opening of its brand new Pier E during an official inauguration ceremony in presence of Sebastián Piñera, President of Chile. 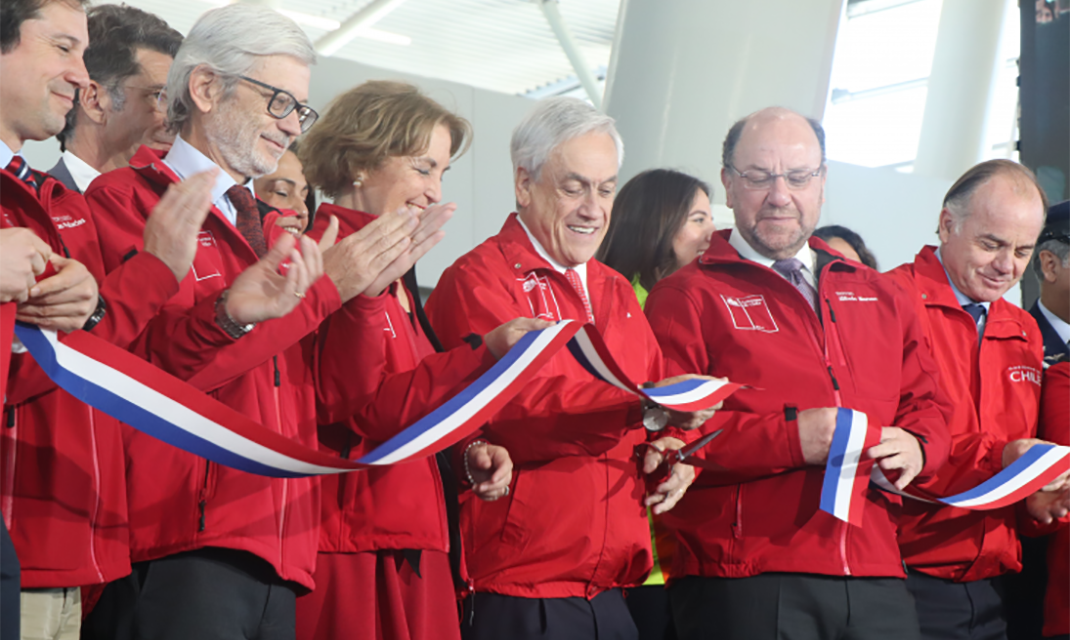 To support a growing traffic – Santiago hit a major milestone last year with 23 million passengers – and in line with VINCI Airports’ global commitment to support the development of the territories in which it operates, the airport continues its immense expansion project, just a few months after delivering the Pier C, without any traffic disruption. The entire project covers 300,000m² of expansion and modernization works to extend capacity to 38 million passengers by 2020 and includes a new terminal dedicated to international connections and the redesign of the existing one for domestic flights only.

The new structure, with its 10 new boarding bridges and 13 new stores, can welcome over 400.000 passengers. This will allow the airport to invite more airlines to operate in Santiago. The E pier’s blue palette and decorative panels was inspired by the Chilean Lake District, home of some of the countries’ most spectacular sceneries and popular travel destinations. A space dedicated to art and culture will host rotating exhibitions. Over the past few years, the airport has already attracted 5 new international airlines – British Airways, Alitalia, Emirates, Level and JetSmart and opened 25 routes.