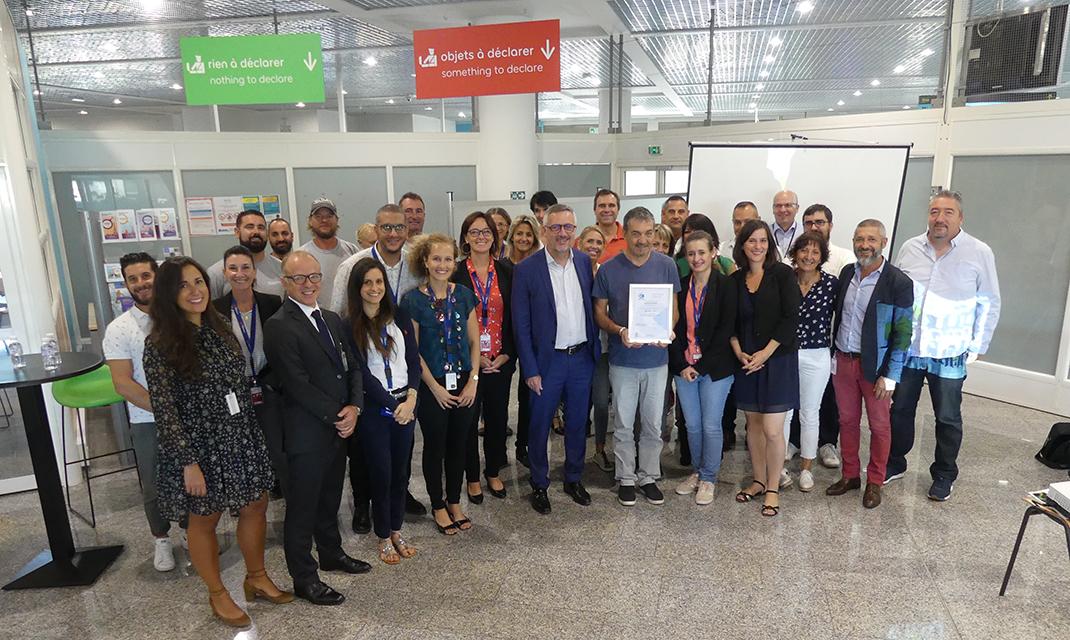 This certificate recognizes many measures being taken by the airport in recent months in terms of eco-responsible management.
Preventive and corrective measures, aimed at controlling and reducing the platform's environmental impacts and involving employees and partners, have thus been put in place, fully illustrating the environmental strategy common to all the airports of the VINCI Airports’ network, AirPact

This strategy is based on 4 axes aimed at limiting the environmental footprint of the airports. In Toulon, here are the main commitments and achievements:
-       Reducing greenhouse gas emissions: the airport has been accredited ACA Level 1* since 2018, confirming the robustness of its carbon footprint assessment.
-       Improving system for waste: treatment and valorization of all waste by Veolia, installation of a battery collector in the Departure Hall and installation soon of "LemonTri", a plastic bottle collector and compactor at the Filtration Inspection Station.
-       Improving the management of accidental pollution in the civilian area: implementation of several anti-pollution kits and internal procedures in order to know how to react in the event of a spill, and training of airport officials.
-       Reducing energy consumption: a large part of the platform is equipped with LED lighting to reduce electricity consumption. 3 electric stations have also been installed allowing six electric cars to be recharged in car parks and electricity meters are now connected with digital tracking to identify leaks and intervene as quickly as possible.

In addition to these four axes, Toulon Hyères airport is also committed to:
-       Protect water resources : the toilets accessible to the public are equipped with infrared water taps to save water and water meters are also being installed
-       Protect the natural environment: a thermal string trimmer recently arrived to anticipate the "0 phyto in 2030" objective set by VINCI Airports.


Furthermore, as part of VINCI Airports’ partnership with the National Union of French Apiculture (Unaf), the airport welcomed three hives allowing to harvest 30kg of honey this year.