Committed to protecting biodiversity, VINCI Airports deploys until July 2021 a travelling exhibition in France on the wildlife present on airport sites. 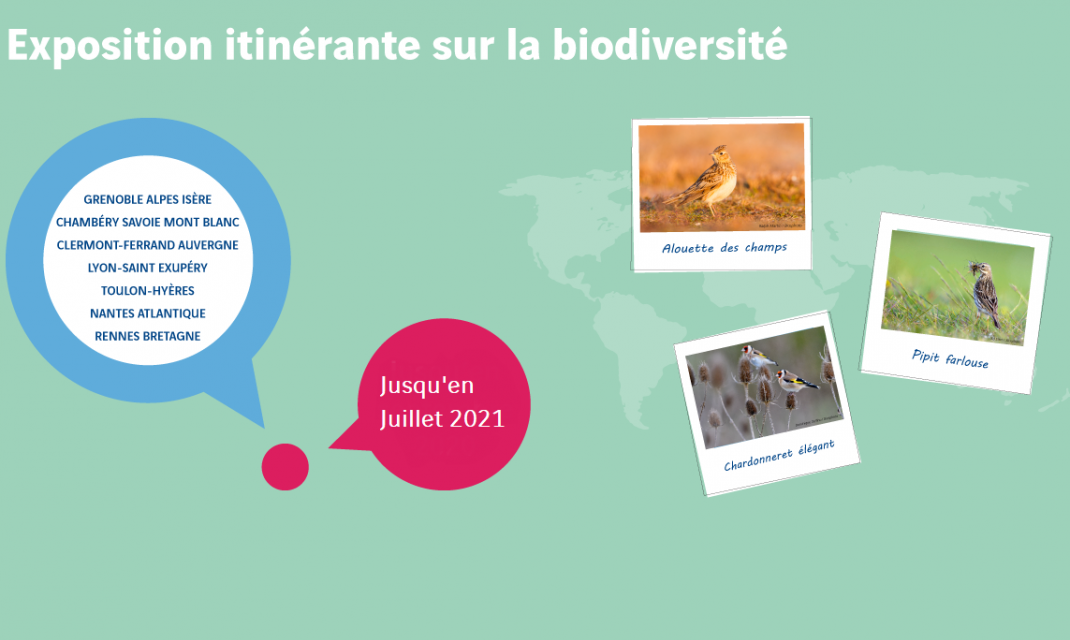 A pioneer in its sector, in 2015 VINCI Airports became the first airport operator in the world to define a global policy to control and reduce its environmental impact.

With around 70% of its 45 airport platforms made up of natural environments, preserving biodiversity is one of VINCI Airports' priorities. To this end, inventories of fauna and flora are carried out at all the airports in the network, and biodiversity preservation actions are implemented at each of the platforms. In 2018, VINCI Airports has also entered into a partnership with the French National Beekeeping Union (Union Nationale de l'Apiculture Française) and installed beehives at its French airports, while committing to eliminating the use of pesticides for space maintenance.

Deployed at seven of its airports in France, the exhibition will complete its tour at Nantes Atlantique airport at the end of June before being presented to VINCI Concessions employees at Rueil-Malmaison HQ in France in July.