On Monday 15 June and after a period of commercial flight restrictions due to the COVID-19 outbreak, London Gatwick and Belfast airports welcomed their first passengers. They were able to connect the two airports in the VINCI Airports network via a flight operated by EasyJet. 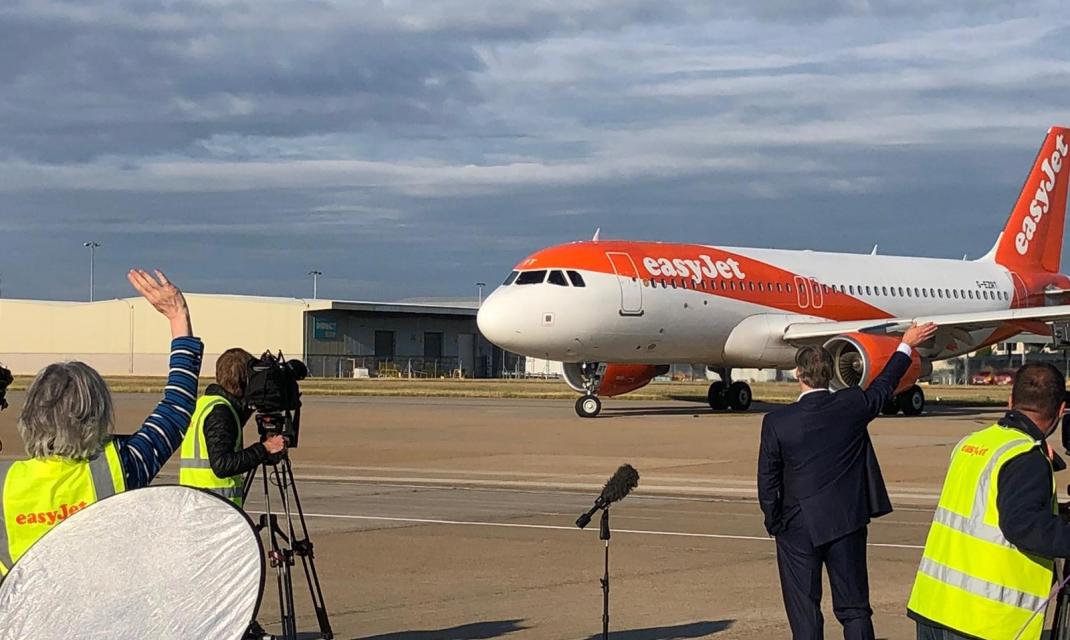 The resumption of commercial flight activity is continuing within the VINCI Airports network. After Serbia, France and Portugal, passengers were able to take off again in the United Kingdom. At London Gatwick, flights are mainly domestic, with EasyJet resuming flights to Belfast, Edinburgh, Glasgow, Inverness, the Isle of Man and Nice.  The airline plans to increase the number of flights as demand continues to grow and entry restrictions are eased. During the period of commercial flight disruption, the airport and aircraft have been maintained in good condition to allow a rapid resumption of traffic.

In addition, flights will soon resume from France from Nice, Paris Charles de Gaulle, Toulouse, Bordeaux, Nantes, Lyon and Lille, as well as from Geneva in Switzerland, Lisbon and Porto in Portugal and Barcelona in Spain.

At Belfast Airport, the resumption of Easy Jet flights began this morning with the departure of the first passengers to Liverpool. Also, EasyJet has announced a reduced flight schedule to eight destinations: London Gatwick, Liverpool, Birmingham, Bristol, Newcastle, Glasgow, Edinburgh and Faro. A number of other airlines have announced their intention to resume flights in mid-June on a limited schedule, including Ryanair, Jet2.com, TUI and Virgin Atlantic.

VINCI Airports' teams are also mobilised to accompany passengers and welcome them in the best possible conditions and with complete peace of mind, with a secure passenger route from the airport to the plane.

The health measures implemented by VINCI Airports in the airports it operates, established in conjunction with the relevant local authorities, include in particular, in the United Kingdom, the compulsory wearing of protective masks for passengers, flow management to reduce density in the various areas, maintaining physical distance in the queues (ensured through the installation of ground markings), providing passengers with hydro-alcoholic gel terminals and stepping up cleaning, disinfection and ventilation of areas within the airport.

At Gatwick, for example, all staff working at the airport must wear masks in the passenger areas of the terminal. Protective screens have been installed in many areas, including at check-in, boarding and gates.
Sound announcements are regularly broadcast in the terminals and many signs and digital reminders are prominently displayed to remind passengers of the rules of social distancing and to encourage them to wash or disinfect their hands regularly. Finally, the seating arrangement has been changed to ensure that the social distancing measures can be respected.

In Belfast, floor and window markings have been put in place to ensure social distancing and to separate agents from passengers at each point of the airport such as check-in counters and in the queues. Throughout the traveller's journey, dispensers for hydroalcoholic gel have been installed, posters and visuals remind passengers to wash their hands regularly and inform them of the latest public health announcements.
Finally, a one-way steering system for passengers entering and leaving the building operates throughout the airport to preserve the rule of social distancing.

As everywhere it operates, VINCI Airports is fully committed in the United Kingdom to enabling a rapid recovery of air traffic in order to restore the connectivity of the territories and participate in the recovery of the regional economy and employment.