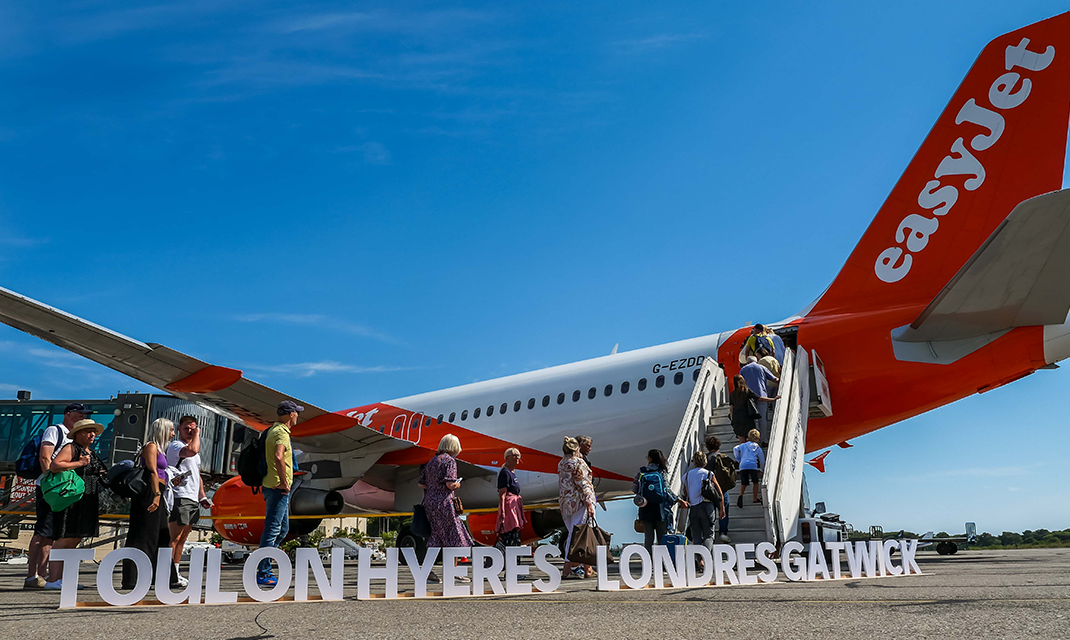 After a successful first year of collaboration, Toulon Hyères is continuing to develop routes within the easyJet network, the number one European air network, in order to strengthen the connectivity of the Var. In 2022, among the 13 destinations offered from Toulon Hyères Airport, 3 will be operated by easyJet: London Gatwick, Paris CDG and Paris Orly.

By reinstating this direct connection with the capital of the United Kingdom, Toulon Hyères Airport will facilitate trade between the Var and the London market, while more than 4,000 British citizens have a second home in the department. The flight from London Gatwick operated by easyJet landed today at Toulon Hyères airport at 4:10 pm, before taking off at 4:45 pm with many passengers from the Var on board, to London Gatwick.
This new route demonstrates the growing links developed between airports in the VINCI Airports network, to which London Gatwick Airport belongs. This is the second connection between Toulon-Hyères airport and another airport in the VINCI Airports network, after the Toulon-Nantes link opened on 8 April. This is also the second new direct line to London Gatwick following the launch of the easyjet connexion from Rennes Bretagne airport in May.

"The launch of this new route confirms the international attractiveness of the Var region and represents a new opportunity to open up to the world from Toulon-Hyères airport. This new connection between two airports in the VINCI Airports network is the result of joint work between easyJet and VINCI Airports teams in Toulon."
Basma Jarbouai, Director of Toulon Hyères Airport
"The addition of Toulon as a new destination in the easyJet network last year demonstrates our company's commitment to the connectivity of French territories. For more than 20 years, we have been putting the power of our network at the service of the French regions and we are very happy to contribute to the connectivity of the Var, whose charms are recognized beyond our borders, particularly by the British. Our crews look forward to welcoming passengers on this route."
Reginald Otten, Executive Vice President of easyJet France