Employees of Guanacaste Airport - a member of the VINCI Airports network - have carried out a reforestation campaign of 5,000 square meters of woodland at the Horizontes experimental forestry station, located in the Guanacaste conservation area. This initiative is part of the company's social responsibility program, in which volunteers from different companies in the terminal participated. 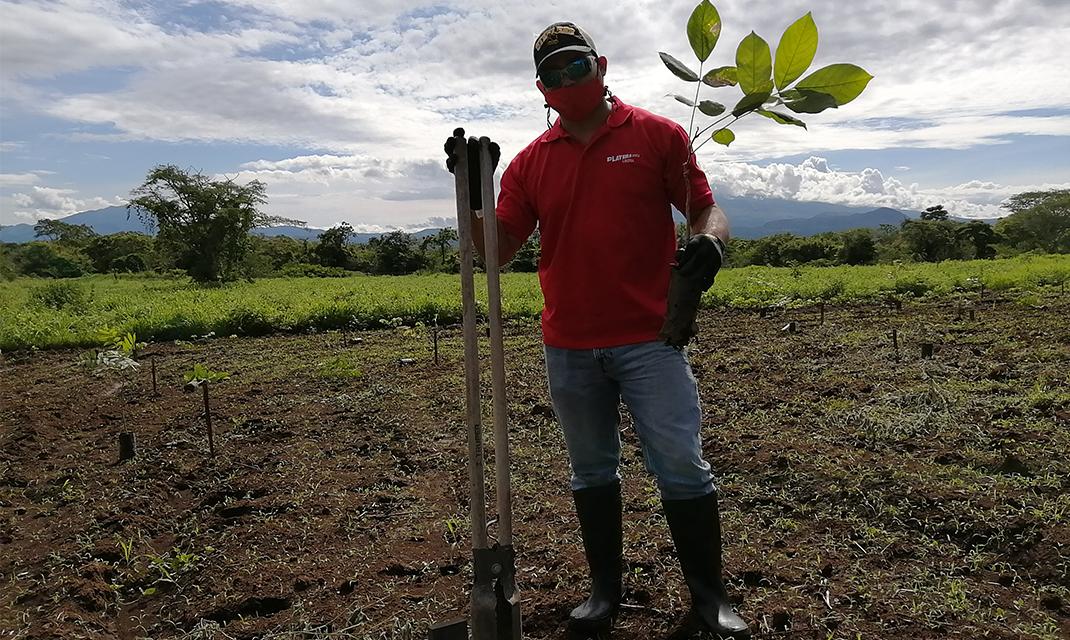 A total of 300 trees of species such as Ron Ron, Chaperno, Cenízaro, Cocobolo and Guachipelín were planted on a half hectare. The species planted are indigenous, so they will help the forest to recover quickly. This World Heritage Site preserves the only patch of tropical dry forest in Mesoamerica.

"Since the beginning of our work, at Guanacaste Airport, we have had a strong environmental commitment and we replicate actions for the conservation of our resources. As members of VINCI Airports, we have also assumed the goal of halving our carbon footprint by 2030 and to do so, we are implementing the best and most efficient practices in electricity consumption, managing our solid waste and avoiding unnecessary water waste," said Cesar Jaramillo, General Manager of CORIPORT - concessionaire of the Guanacaste Airport.

"This year again we have the collaboration of volunteers from the airport of Guanacaste. On this occasion, as part of the celebration of the Day of the Tree, in a season when most of our work revolves around these living beings. These volunteers have demonstrated an environmental awareness deeply rooted in our conservation values," said the forester David Reyes Cordero, responsible for the program of restoration and forestry of the conservation area of Guanacaste.

As part of the month of the environment, the previous week, the staff of the Guanacaste airport also conducted a beach cleanup in which they collected 141.5 kilos of ordinary waste and 8 kilos of plastics, also in the conservation area of Guanacaste. In the coming weeks, a reforestation campaign will also be conducted around the terminal.

As the first airport operator to take action for the environment on a global scale, VINCI Airports has already reduced gross CO2 emissions by 22% across its network between 2018 and 2020. The forest wells are part of VINCI Airports' action plan to contribute to the decarbonization of aviation with all the players in air transport: sustainable airports, incentives to renew airline fleets for less emissive aircraft, development of biofuels, preparation of airports for the arrival of hydrogen aircraft.