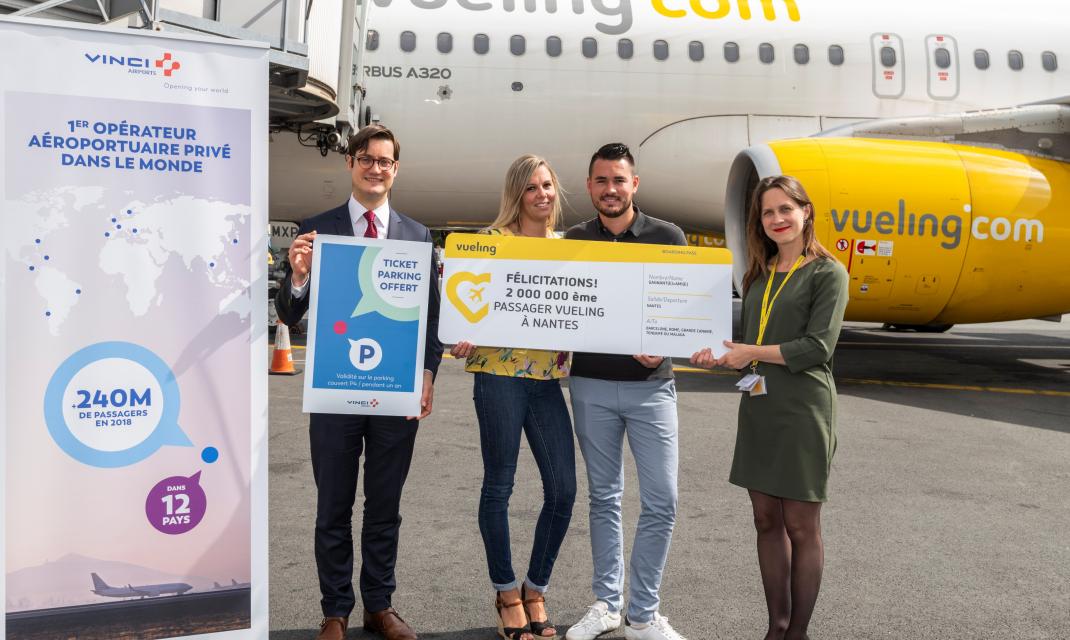 To celebrate this event, one passenger won a free round-trip flight for 2 people from Nantes Atlantique airport. This celebration is part of the long-term relationship between Vueling, the leading airline company in terms of passengers transported between France and Spain, and VINCI Airports, the world’s leading private airport operator, and thus illustrates VINCI Airports’ close collaboration with more than 250 airlines around the world.

Vueling made its first steps on the Nantes tarmac in 2011, with the opening of its Nantes-Barcelona line, which still remains the line with the highest number of frequencies today (up to 2 daily flights in the summer season).

The airline now offers a wide choice of destinations, as for this summer season, Nantes residents were able to take one of the 8 direct routes to Italy and Spain, fly to one of the 120 destinations offered thanks to connecting flights via the Barcelona and Rome hubs. These developments thus contribute to the strategy of promotion and to the economic influence of the region in Europe.