On the 24th of July, VINCI Airports celebrated the 7th anniversary of the Volotea base at Nantes Atlantique airport, an event marking an important milestone in the airport's development. 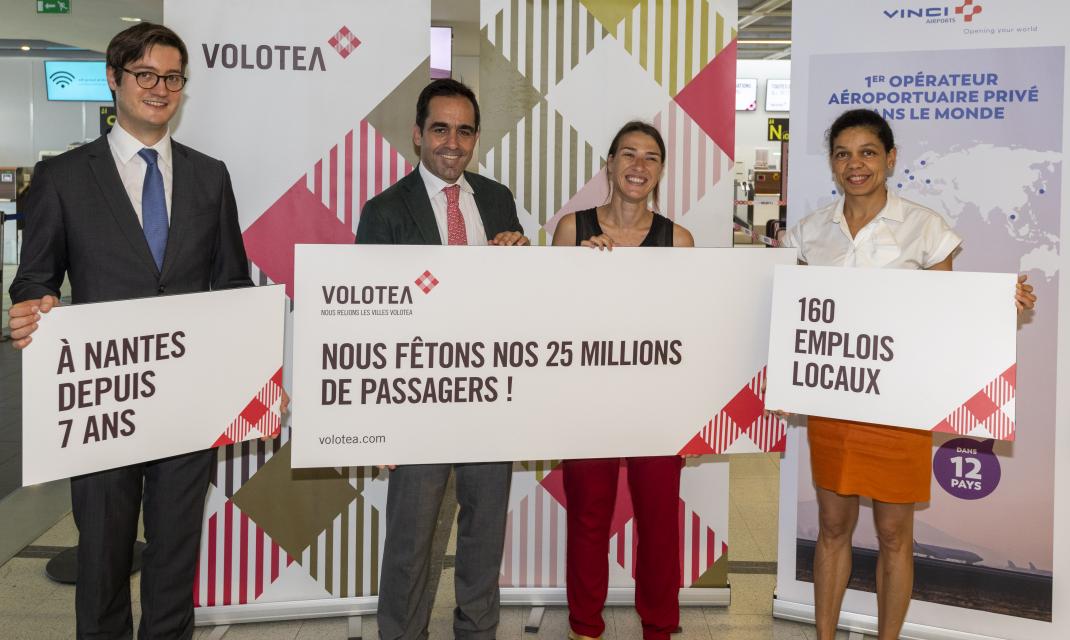 On July 24, 2019, Charlotte Sugliani, a passenger from Nantes departing for Figari, was offered a year of free flights with Volotea from Nantes for herself and the person of her choice.

This celebration is part of a long-term relationship between Volotea, an airline linking the European regional capitals, and VINCI Airports, the world's leading private airport operator, and illustrates VINCI Airports' close collaboration with more than 250 airlines around the world.

Volotea first landed on the Nantes tarmac in 2012, where it inaugurated its first French base. In 7 years, VINCI Airports has developed new destinations, in close collaboration with the airline which has become the airport's leading airline in terms of number of services. Volotea now offers a choice of 32 destinations, 12 of which are exclusive. In 2019 the company carried 968,000 passengers, 24% more than last year with a load factor of 93%. 160 local jobs have also been created to date for the Nantes base. These developments thus contribute to the region's strategy of promotion and economic influence in Europe.

Valérie Vesque-Jeancard, France & Americas Area Director, VINCI Airports, said :
"We are particularly honoured that Volotea wished to celebrate at Nantes Atlantique the milestone of 25 million passengers carried by the company. This choice is linked to the partnership of trust established 7 years ago between Nantes Atlantique and Volotea, which decided to make this airport its first French base, which has since become its first base in Europe in terms of number of passengers carried. Volotea is a major partner of VINCI Airports' French network and represented 2 million seats offered in 2018. »