VINCI Airports today celebrated completion of the modernisation works for Toulon Hyères airport at a ceremony at the naval aviation base in the presence of Geneviève Darrieussecq, Secretary of State to the Minister of the Armed Forces, Xavier Huillard, Chairman and Chief Executive Officer of VINCI, and Nicolas Notebaert, Chief Executive Officer of VINCI Concessions and Chairman of VINCI Airports. 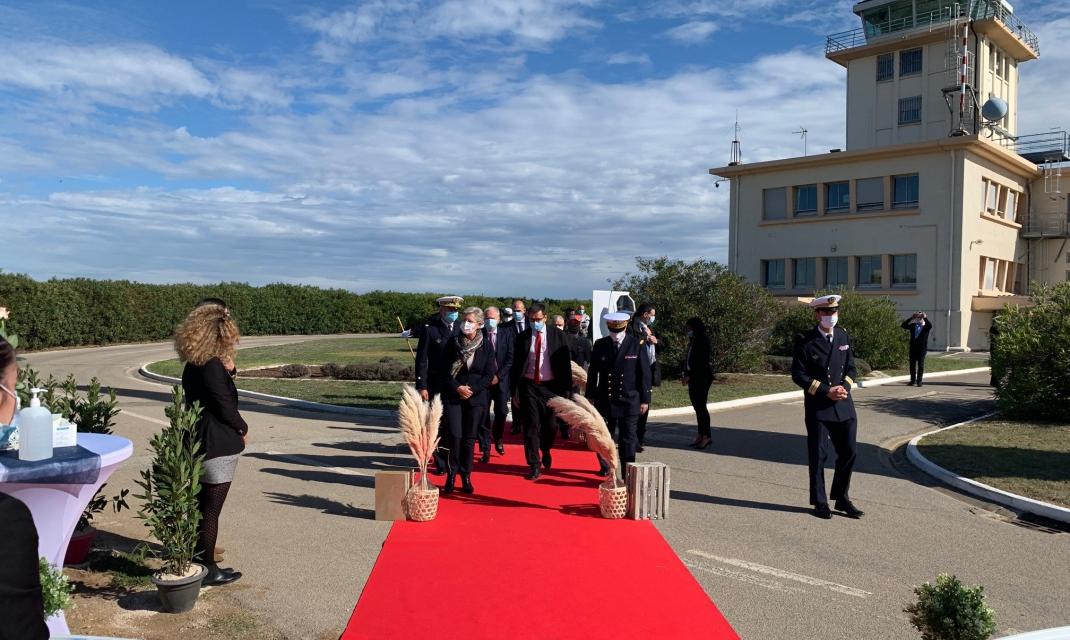 The Toulon Hyères airport, which VINCI Airports has been operating since 2015 under a 25-year concession contract, is one of France’s three mixed-use (civil and military) airports. Close concertation was therefore essential and outstanding collaboration between the teams was key to satisfactory organisation of the works, which began in September 2019.

The programme included renovation of the two runways and the taxiways, upgrading of runway lighting and bringing the airport into compliance with the water law. It is the largest package of works undertaken since the airport was built in 1967.

In accordance with VINCI Airports’ sustainability policy, the works will improve the airport’s environmental performance. In the field of water management, the installation of lamella separators permits capture of pollutants in water runoff before recovery. The new runways meet eco-design and recycling standards and consist of recycled asphalt in the proportions authorised by current standards. Some 30,000 metric tons of asphalt were sent to recycling plants.

Despite unprecedented conditions due to the Covid-19 crisis, the works complied with health and safety directives and were completed in line with the initial schedule. They were carried out by a consortium of companies comprised of the Eurovia Toulon agency (leader), TP Spada (a Eurovia subsidiary) and Degreane (a VINCI Energies subsidiary).

Nicolas Notebaert, Chief Executive Officer of VINCI Concessions and Chairman of VINCI Airports, said: “As France embarks on its Green recovery plan, we are happy to continue investing to modernise the Toulon Hyères airport. In this way, we are responding to the mobility needs of the inhabitants and business community in the Var region and helping support the economy of France’s second tourist destination.”
/