VINCI Airports is delivering a new phase of modernization works at Belgrade airport, that aim to increase the airport’s efficiency and environmental performance, in accordance with its commitment towards its Grantor, the Serbian public authorities. 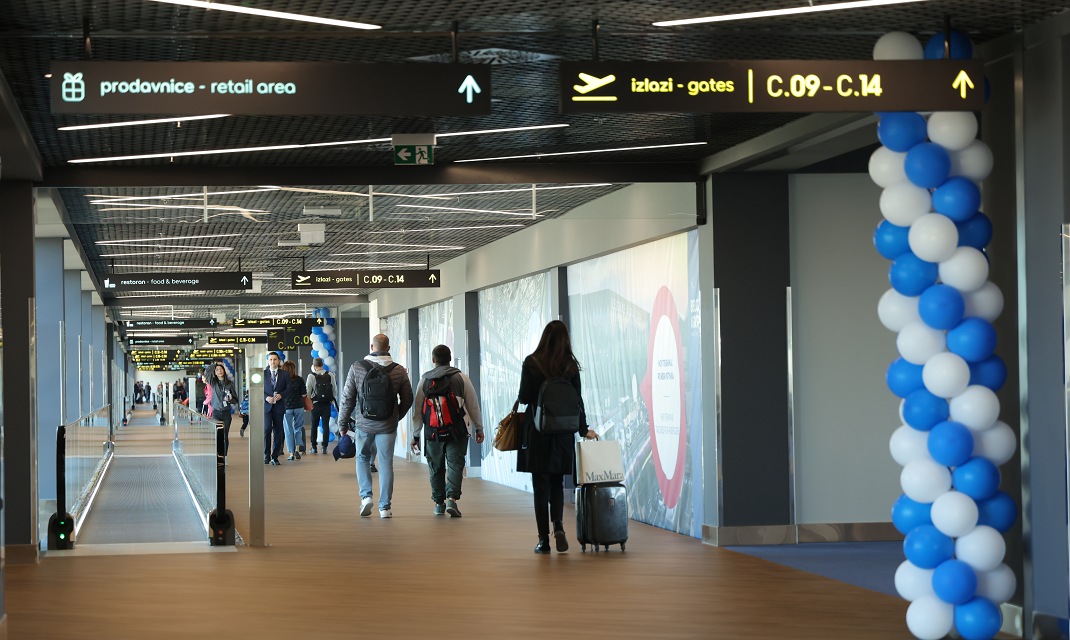 The airport’s new pier (Pier C) is now open to service. With a surface area of 13.600m2, it provides 13 additional boarding gates, thus bringing to 19 the total amount of gates available on the airport’s terminal C. The new area is now aligned with VINCI Airports’ identity in terms signage, colour palettes, architectural and interior design. Other improvements introduced for the first time at the airport include an open space at boarding area and travellators that ease and speed up passenger flow.

The works on the first phase of the apron C extension are completed. They add 27,000 m2 of apron capacity and open four new positions for aircraft parking, including one for the wide body aircrafts. Construction of the airport’s solar plant is completed. The plant covers an area of 15.077m2 and accommodates 3.000 photovoltaic panels. Once put in production, it will provide Belgrade airport with 1.200.000 kWh of solar energy per year, sustaining VINCI Airports’ ambition to reach Net Zero Emission on all its network by 2050. After joining VINCI Airports’ network in 2018, Belgrade airport has received in 2021 its first Airport Carbon Accreditation certificate, as well as its first airport service quality (ASQ) award, delivered by ACI.
Building on these achievements, VINCI Airports will fully complete the modernization works in 2023. They will include the extension passenger terminal, additional boarding bridges and gates, a new inserted runway and the complete renovation of the existing runways.
/ 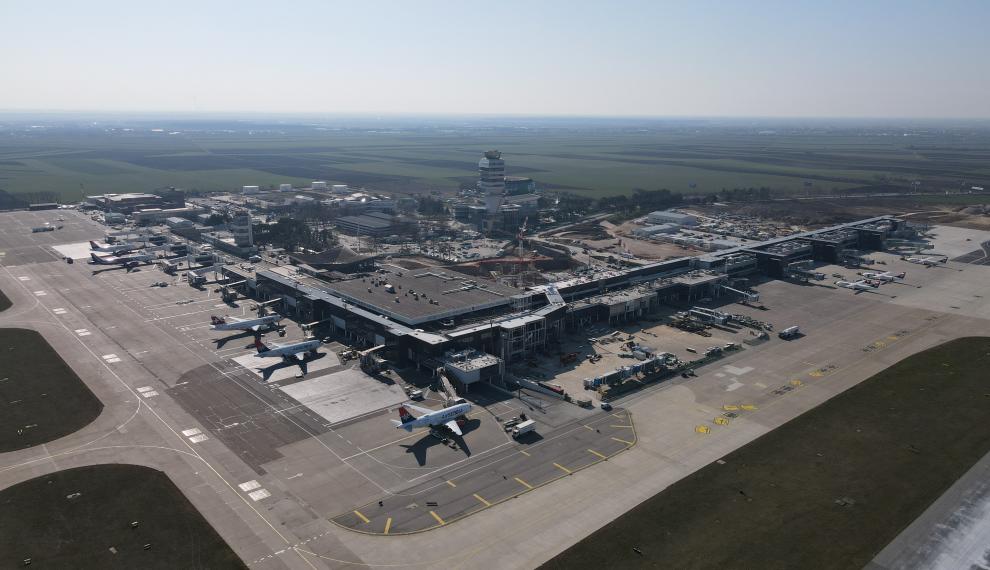