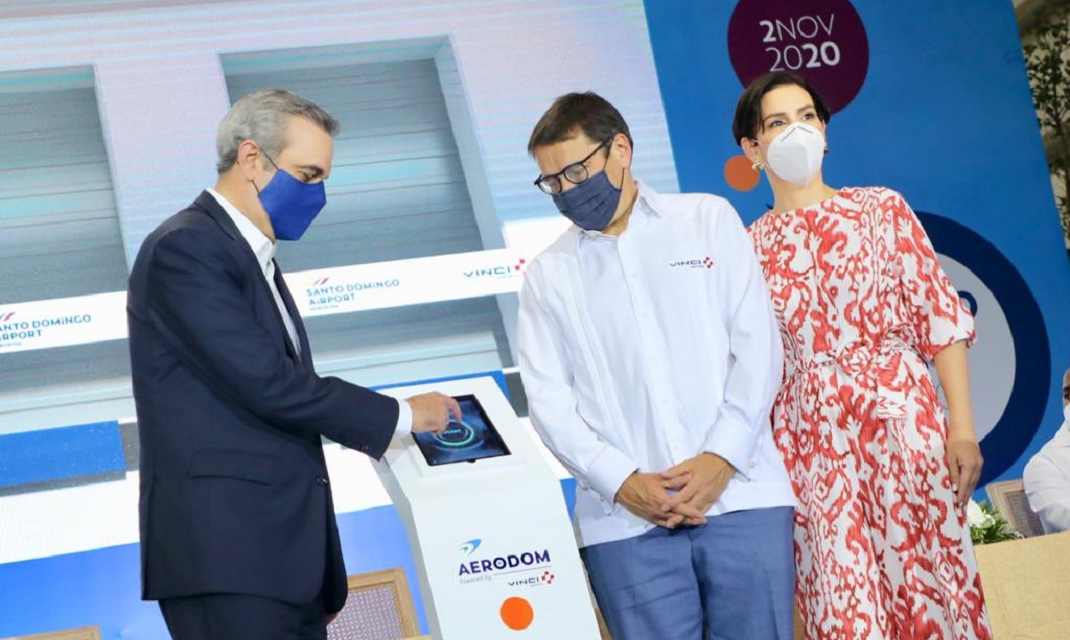 VINCI Airports, which has held the concession for six airports in the Dominican Republic since 2016, inaugurated the new freight terminal at Las Américas today with a ceremony attended by Luis Abinader, President of the Dominical Republic, and Nicolas Notebaert, CEO of VINCI Concessions and Chairman of VINCI Airports.

The works were carried out by VINCI Construction Grands Projets and the associated investment amounted to about €14 million. They are part of the modernisation and optimisation plan that VINCI Airports has been rolling out since 2016 to support momentum in the country’s economy and tourism sector. The new terminal will facilitate development of Dominican exports and will be occupied by FedEx, which is thus expanding its footprint and operation in the country.

The new warehouse spanning 6,800 sq. metres and centralising operations brings together all the organisations involved in the freight transport chain in the same building. It also includes a commercial building housing restaurants, banking services, offices, counters for customs officers and administrative facilities.

The new terminal’s design is environmentally friendly: it optimises energy and water consumption, and 100% of the waste produced in it will be reused or recycled. For its power supply, it will use the photovoltaic panels that VINCI Airports set up in 2019, which cover about 20% of the airport’s energy requirements.

The inauguration ceremony also kicked off a new investment phase for Santo Domingo’s airport, which will be completed in 2021 and involves extending the atrium in the passenger terminal as well as modernising the immigration and security departments’ premises.

Nicolas Notebaert, CEO of VINCI Concessions and Chairman of VINCI Airports, stated, “Rapid and reliable aviation capabilities are critical for export-led economies. VINCI Airports is proud to continue its partnership with the Dominican Republic with this new freight terminal serving the capital. It will support the country’s momentum by creating a new commercial hub for the Caribbean.”