The initiative launched today when easyJet took to the skies from London Gatwick this morning for its first flight running on biofuel, which it will continue to use for all its flights between London Gatwick and Glasgow throughout COP26 (from 31 October to 12 November). Overall, easyJet will operate 42 flights from London Gatwick using a blend of 30% biofuels, thereby reducing CO2 emissions on this route by 70 tonnes. 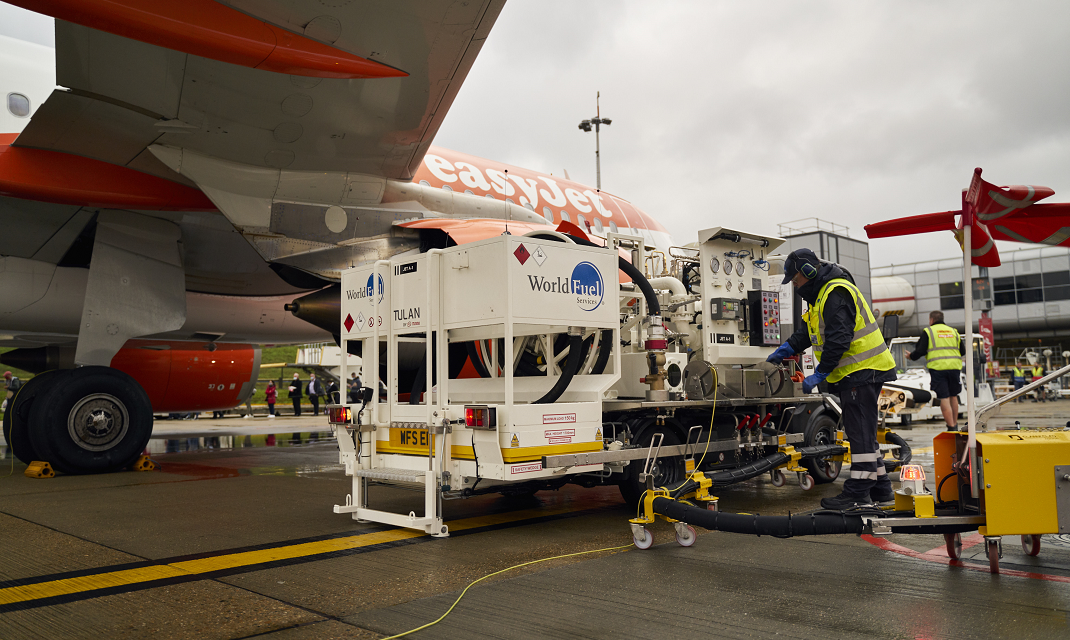 After becoming the first operator to start offering sustainable biofuel in France on business flights run by Michelin Air Services in April, VINCI Airports is now taking another important step by offering the choice at London Gatwick on regular flights. This move reflects VINCI Airports’ desire to play its part in decarbonising air travel, as biofuels generate 80% less greenhouse gas emissions than conventional fossil fuels. Sustainable biofuel therefore represents a solution that immediately makes air travel more environmentally friendly, and one which VINCI Airports has adopted alongside a number of others, including green hydrogen, which is currently under development.

The biofuel made available at London Gatwick is produced from fully renewable sources, such as waste and residue, including used cooking oil and waste animal fat. The airport will provide airlines access to the biofuel by offering it at its refuelling infrastructure (storage tanks and underground distribution network).

In a further move to decarbonise operations and reduce greenhouse gas emissions, from today, easyJet, in partnership with World Fuel Services, has introduced an electric hydrant truck at the airport which will serve its fleet of 80 aircraft at London Gatwick. It is the first in the UK and based on diesel equivalents which are estimated to burn 6630 litres of diesel every year the new e-hydrant vehicle can reduce 18,000 kgs of CO2 emissions annually. The electric hydrant truck adds to the electric ground services equipment already supporting easyJet aircraft operations at Gatwick.

Nicolas Notebaert, Chief Executive Officer of VINCI Concessions and Chairman of VINCI Airports, said, “The teams at VINCI Concessions are deeply committed to bringing about the environmental transition in travel. We are making considerable progress in our own role as an infrastructure operator, but we are going even further than that, helping our clients and partners to decarbonise their own activities. Progress is being made in low-carbon aviation, solutions that have an immediate impact like biofuel already exist and we will use them from now on until the arrival of hydrogen-powered aircraft.”

Committed to act for climate, VINCI Airports became the first airport operator to start rolling out an international environmental strategy, in 2016, with a view to achieving net zero emissions throughout its network by 2050.