The VINCI Airports-ORIX-Kansai Airports consortium signed on September 26 a 42-year concession contract with Kobe City for the operation of Kobe Airport. 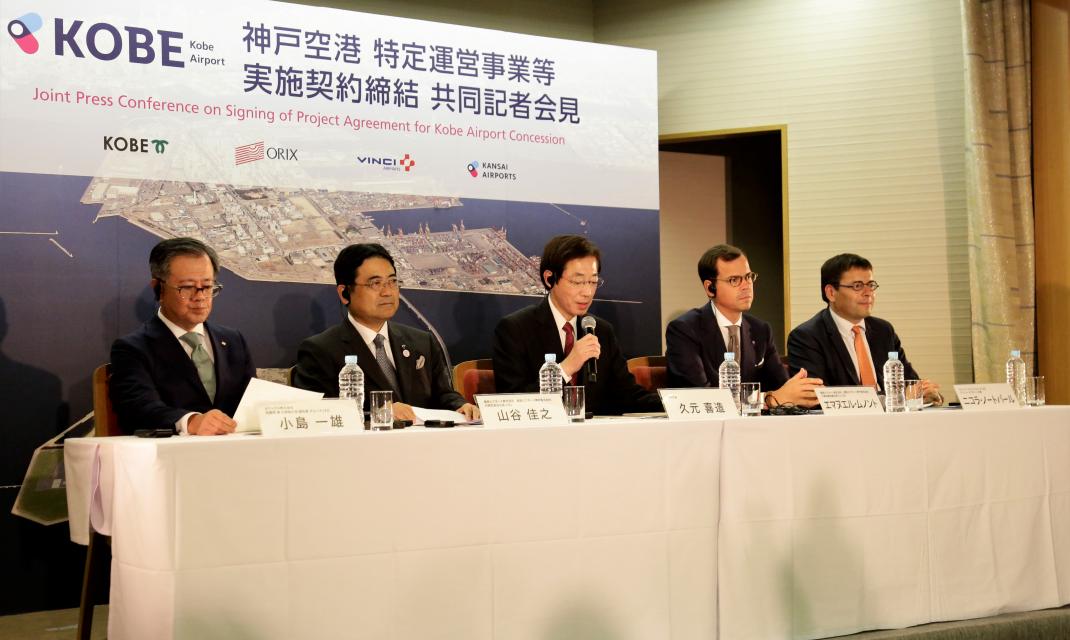 The members of the consortium announced on this occasion the formation of a new concessionaire company « Kansai Airports Kobe », fully owned by Kansai Airports. Created by VINCI Airports (40%) and ORIX (40%), Kansai Airports has been holding the 44-year operating rights of Kansai International Airport (« KIX ») and Osaka Itami (« ITM ») since April 1, 2016.

For Kansai Airports, the transfer of Kobe Airport operations, scheduled for April 1, 2018, will allow for operational synergies between the three airports, as part of an integrated approach to serving Kansai region’s three large cities: Osaka, Kobe and Kyoto.

One year after being awarded Japan’s first airport concession, the integration of this third airport highlights VINCI Airports’ successful establishment in the country.

This success is the result of a strong partnership between VINCI Airports, 4th airport operator worldwide which welcomed over 130 million passengers in 2016, and Japanese group ORIX, a leader in property development and financial services which has a strong footprint in the Kansai region.