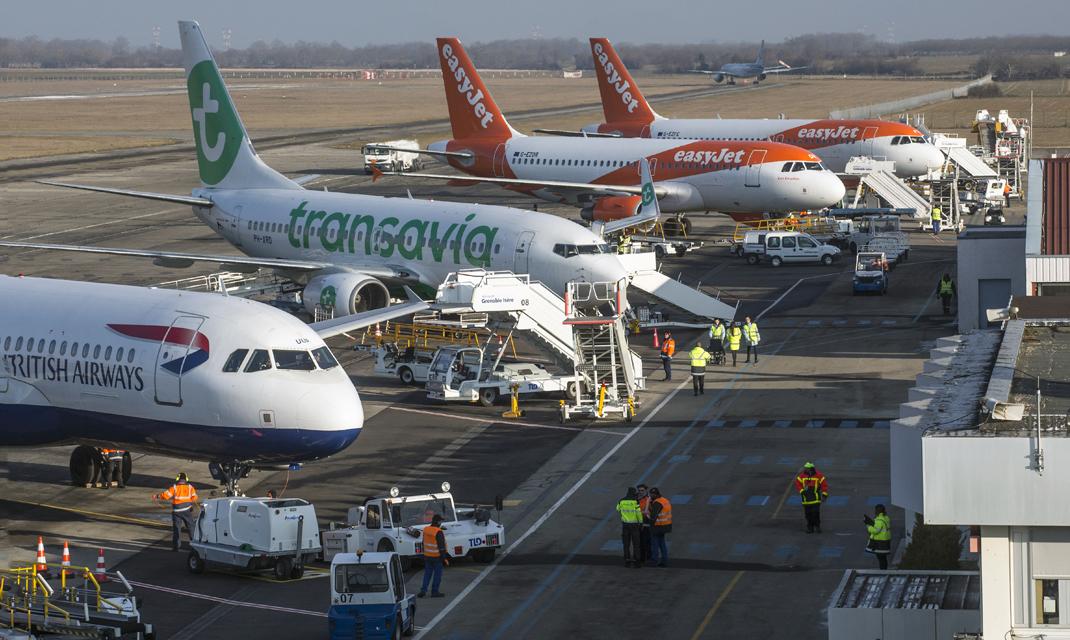 This good performance follows on from that in the first half of 2019 when there was 6.7% passenger growth. In a changing air transport sector, VINCI Airports is continuing its positive trajectory, thanks to a network of globally diversified facilities that are attractive both to passengers and airlines.

Portugal: the number of passengers increased 6.7% thanks to an outstanding tourism season. With growth of 7.7% over the period, Lisbon airport benefited from the recent addition of destinations, including a link with Doha operated by Qatar Airways. For the first time, the Portuguese capital’s airport served more than 30 million passengers over a 12-month rolling period. In Porto, where VINCI Airports engaged significant investments in April, passenger numbers rose by 11.3% due notably to the opening of a new Emirates link to Dubai.

France: VINCI Airports handled almost half a million more passengers during the quarter than in 2018, representing a 7.7% growth. Nantes Atlantique and Lyon-Saint Exupéry airports continued their good dynamic (growth of 16.9% and 6.5% respectively over the period) thanks to the development of their international connectivity. Nantes Atlantique benefited from the installation of easyJet’s new base in early April, an illustration of the successful cooperation between VINCI Airports and that company, which has opened six of its European bases on VINCI Airports’ network. Lyon-Saint Exupéry airport, meanwhile, has been selected by Volotea as the location for its new French base in 2020, a decision that confirms the attractiveness of a French airport that is the standard-setter in terms of customer experience**.

United Kingdom: traffic at London Gatwick, which joined the VINCI Airports network in May 2019, declined slightly over the period (1.0%), due mainly to the collapse of Thomas Cook and a strike by British Airways staff in September. In addition, Brexit continues to generate some degree of uncertainty in the sector. Passenger numbers at the UK’s second-largest airport remained positive over the first nine months of the year (+1.2%). The same trends were seen at Belfast airport, which recorded a 4.9% decline in passenger numbers following the collapse of Thomas Cook but almost 3% growth since the beginning of the year.

Serbia: Belgrade airport, which became part of the VINCI Airports network at the end of 2018, recorded 9.3% growth, driven by the opening of new routes by Air Serbia (Cairo, Helsinki and Madrid), Air France and ASL (Paris) and Wizz Air (Lyon).

Japan: passenger numbers increased by 16.6%. The Kansai airports continued their momentum for the benefit of a region that is opening up strongly to tourism, with major international events handled successfully over the period: G20 Summit in Osaka and the Rugby World Cup. The excellent performance of Kansai International Airport for the period (+27%), while benefiting from a favourable comparison base relative to September 2018, which was negatively impacted by Typhoon Jebi, confirmed the return of dynamic growth one year after that event. The growth was driven mainly by passengers from China.

Cambodia: the decline in tourist traffic at Siem Reap airport is explained by a very high comparison base following several years of strong growth. It was broadly offset by a sharp increase (13%) in passenger numbers handled by the airport of the country’s capital, Phnom Penh, and by the outstanding momentum of Sihanoukville airport, which is used mainly by tourists. Passenger numbers at the latter airport increased by more than 200% in the quarter to exceed 1.5 million over a 12-month rolling period.

Dominican Republic: following the difficulties encountered in 2018, the recovery momentum continued and the airports operated by VINCI Airports exceeded 10% growth in passenger numbers, due mainly to a diversification in transport services and a focus on the quality of operation.

Brazil: following the collapse of Avianca in May, Salvador de Bahia airport recovered, during the quarter, more than half of the passenger numbers lost in the previous quarter thanks to an offensive policy of international growth. The winter season will see the start of the first regular low-cost direct flights to Santiago de Chile, another VINCI Airports facility, by Jetsmart.

Costa Rica: Guanacaste airport (Liberia) posted an 8.4% growth over the period, driven mainly by the American market. This airport will boost its international connectivity shortly with the opening of a service with Amsterdam, the hub of KLM, four times a week. This will help European tourists discover the natural riches of Guanacaste Province.

Nicolas Notebaert, chief executive officer of VINCI Concessions and chairman of VINCI Airports said: “This performance demonstrates the relevance and resilience of our business model. VINCI Airports’ global network enables the company to deal serenely with changes in the economic climate of its various markets thanks to its very diversified geographical exposure and extensive portfolio of airlines.”