After signing a public service concession agreement with the Haute-Savoie department last July, VINCI Airports took over operations at Annecy Mont-Blanc airport on 1 January. VINCI Airports will therefore now manage and operate the airport for 15 years, bringing its network of French airports up to 12. 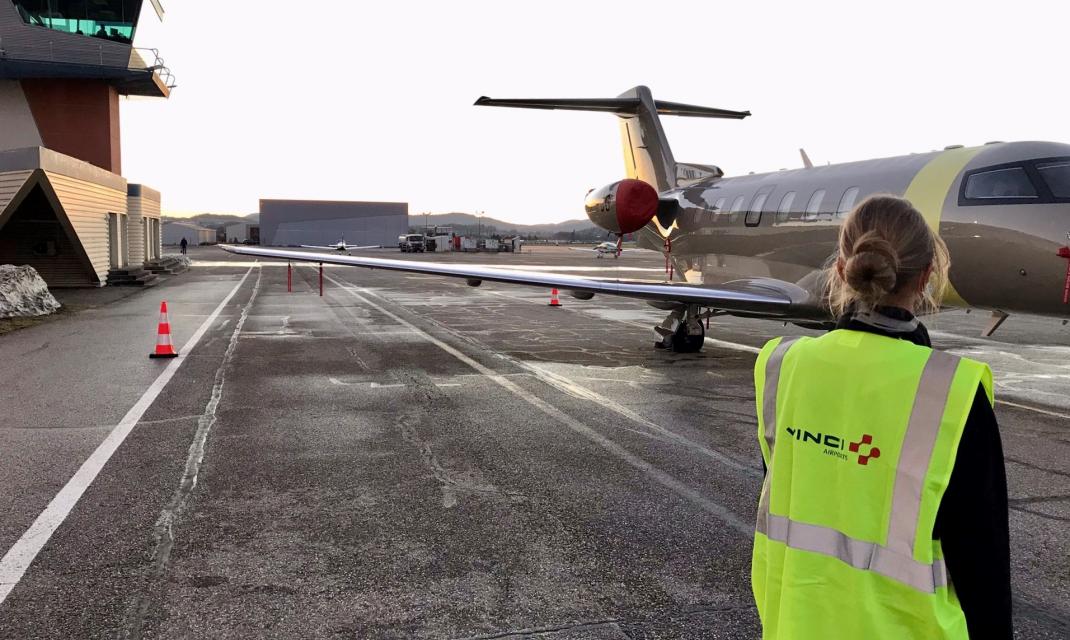 VINCI Airports will support business aviation and leisure travel through a €10 million investment plan cofunded with the Haute-Savoie department, enabling Annecy Mont-Blanc to renovate its runway, improve the quality of service for passengers and crews through the redevelopment of the business terminal, and step up the airport’s environmental transition.
Annecy Mont-Blanc airport is taking various measures to significantly decrease its CO2 emissions with the aim of reaching net zero emissions by 2030 at the latest, such as the thermal renovation of the airport terminal, development of a photovoltaic plant, replacement of all lighting with LED bulbs, shift to electric runway vehicles, installation of electric vehicle charging stations and support for light electric aircraft.
Annecy Mont-Blanc airport will also now harness VINCI Airports’ expertise in business aviation, for example through the establishment of the “VINCI Airports Executive Handling” label, which guarantees high quality of service. The airport will also benefit from the complementary nature of the other destinations managed by the Group in the Auvergne-Rhône-Alpes region: Lyon-Saint Exupéry, Lyon Bron, Chambéry Savoie Mont Blanc, Grenoble Alpes Isère and Clermont Ferrand Auvergne.
The airport will be managed by Aurélien Donche, while the airport management company Société d’Exploitation de l’Aéroport d’Annecy Mont-Blanc is headed by Sabine Granger.
Nicolas Notebaert, Chief Executive Officer of VINCI Concessions and Chairman of VINCI Airports, said, “Annecy Mont-Blanc airport specialises in both business aviation and leisure travel and plays a key role in boosting the appeal of the north Alpine region. With its strong environmental ambitions, as the new operator in Annecy, VINCI Airports will demonstrate its expertise in making aviation more sustainable at all types of airport, working closely with its delegators and the regions in which it operates.”

About VINCI Airports
As the world’s leading private airport operator, VINCI Airports operates 46 airports in 12 countries across Europe, Asia and the Americas as of 1 January 2022. Drawing on its expertise as a comprehensive integrator, VINCI Airports develops, finances, builds and operates airports, leveraging its investment capability and know-how to optimise the operational performance and modernisation of its infrastructure as well as bring about their environmental transition. In 2016, VINCI Airports became the first airport operator to commit to an environmental strategy on the international scale, setting itself the aim of reaching zero net emissions at its French airports by 2030 and across the network by 2050.