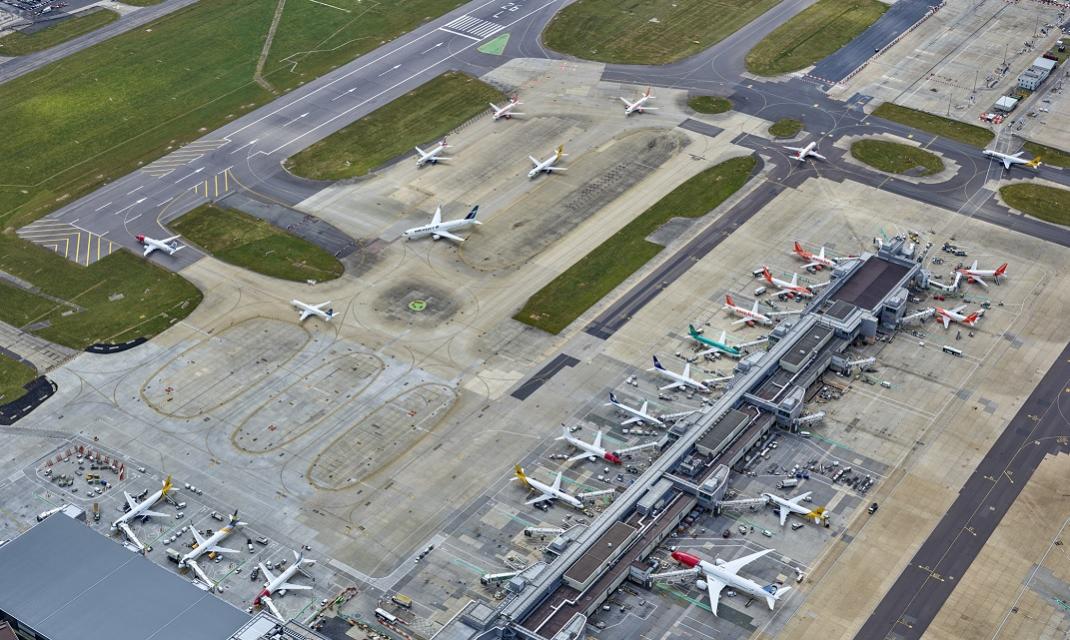 With 255 million passengers served in 46 airports in 2019 (+5.7% from 2018, on a comparable network base1) in 12 countries, VINCI Airports consolidated its position as the world’s second-largest airport operator in terms of passenger numbers.

Passenger traffic at a number of airports operated by VINCI Airports reached symbolic milestones in 2019: 50 million passengers at the Kansai airports; 30 million at Lisbon; and 6 million at Belgrade. Reflecting the high-quality service provided for airlines and the regions in which VINCI Airports operates, 325 new routes were opened across its network, including 61 long-haul routes such as Osaka-London operated by British Airways, London-Shanghai operated by Air China, and Santiago de Chile-Barcelona operated by Iberia.

The year’s highlight was the integration on 13 May of London Gatwick, in which VINCI Airports acquired a majority shareholding of 50.01%.

Despite events in the business environment that adversely impacted several airports at the end of the year, overall passenger traffic across the VINCI Airports network rose 2.1% in the fourth quarter (like-for-like),
reflecting the network’s resilience.

The 10 airports in Portugal handled nearly 60 million passengers in 2019, with traffic increasing 6.9%. The Porto and Lisbon airports, with growth rates of 9.8% and 7.4% respectively, are two of the European Union’s most dynamic. Fourth quarter growth (6.4%) was in line with the year’s overall trend.

In the United Kingdom, the facilities operated by VINCI Airports held up well under pre-Brexit uncertainty and the collapse of Thomas Cook in September. In the London metropolitan area, which constitutes the world’s largest airport market, London Gatwick recorded 1.1% growth over the year as a whole (+0.7% in the fourth quarter), with 46.6 million passengers and took the opportunity of its integration within VINCI Airports to open 22 new routes and improve its medium and long haul mix. In Northern Ireland, despite Ryanair’s capacity cuts, annual traffic held steady at Belfast International at more than 6 million passengers (-9.7% in Q4).

In France, passenger traffic at facilities operated by VINCI Airports rose 8% over the year (+4% in Q4). This good overall performance despite cutbacks in Air France’s domestic network was driven by traffic growth in Lyon (+6.4%) and Nantes (+16.6%). Benefiting from VINCI Airports’ innovation and service strategy, Lyon Saint Exupéry won Airports Council International’s “ACI Europe Best Airport 2019 Award” in its category. In 2020 it will become a base of Spanish airline Volotea. In a separate development, easyJet opened a new base in Nantes.

In Serbia, Belgrade is becoming one of the region’s most dynamic airports, with passenger traffic up 9.2% in 2019 (+15.6% in Q4). This good performance reflects, among other things, the opening of 13 new international routes. In 2020, Air Serbia will continue to diversify its network, either alone or as part of code-share agreements.

In Japan, passenger numbers at the three facilities operated by VINCI Airports with its Japanese partners rose 7.2% over the year as a whole (+0.8% in Q4). This good momentum, despite a more difficult regional business environment at the end of the year (diplomatic tensions between Japan and South Korea) reflects the application of VINCI Airports’ traffic expansion expertise: in 2019, the Kansai airports opened 22 new routes to China. An additional factor was the positive impact of major international events held in Japan in 2019 (G20 summit in Osaka, Rugby World Cup).

In Cambodia, passenger traffic trends remained positive over the year as a whole (+10.2%), despite a fourth quarter slowdown (-3.1%) reflecting a decline in Chinese tourism to Siem Reap, which was partly offset by traffic growth at the Sihanoukville airport.

In the United States, VINCI Airports benefited from its first expansion operations carried out in 2018 under concession and airport service contracts.

In the Dominican Republic, there was a sharp upturn in traffic (+12.2% for the year, +17.3% in Q4) driven by connecting flights to Venezuela following the closure of direct flights between that country and the United States.

In Costa Rica, VINCI Airports continued its drive to diversify services by opening new routes, including the new link between Liberia (Guanacaste province) and Amsterdam.

In Brazil, the good working relationship with local stakeholders persuaded several airlines to take over virtually all the routes covered by Avianca Brazil, following that company’s collapse in May 2019. The decline in passenger traffic was thus limited to 2.9% for the year as a whole (-1% in Q4).

In Chile, passenger traffic held steady at a good level over the year (+5.7%), despite a downturn in the last quarter due to the social unrest affecting the country (-5.8%).


2020: investment in the future and ongoing environmental strategy

VINCI Airports moves confidently into 2020, when it will continue to implement several major projects designed to support traffic growth and improve the customer experience:
- Launch of the Terminal 1 renovation and capacity expansion at Kansai International Airport, the gateway to World Expo 2025 in Osaka;
- Extension-renovation, in synergy with VINCI Construction, of the airports in Belgrade, the future airport hub in Eastern Europe; the Santiago de Chile airport, set for comprehensive handover at the end of 2021 ; and the Sihanoukville airport in Cambodia.
- In Lisbon, VINCI Airports will continue to work with the Portuguese government to convert the Montijo military airbase into a civilian airport and to upgrade Humberto Delgado Airport. The goal of this project is to increase passenger capacity in the Portuguese capital to accommodate expected traffic growth in coming years.

The transition to carbon neutrality across the entire VINCI Airports network will continue in 2020. New solar farms will soon be installed in Portugal, Cambodia and the Dominican Republic. Three network airports (London Gatwick, Lyon and Liberia-Guanacaste in Costa Rica) have already achieved carbon neutrality. Over the past five years, VINCI Airports has reduced its carbon footprint by 20% and has set an additional carbon footprint reduction target of 50% by 2030.

Nicolas Notebaert, President of VINCI Airports and Chief Executive Officer of VINCI Concessions, said: “With its strong, efficient and attractive global network, VINCI Airports is a committed sustainable mobility player on the ground. In 2020 the company will continue to pursue its mission on behalf of regional development and its customers.”