Passenger traffic in the VINCI Airports network was down 70% in 2020, with a total of 76.6 million passengers welcomed, versus 255 million in 2019, due to the global health crisis. 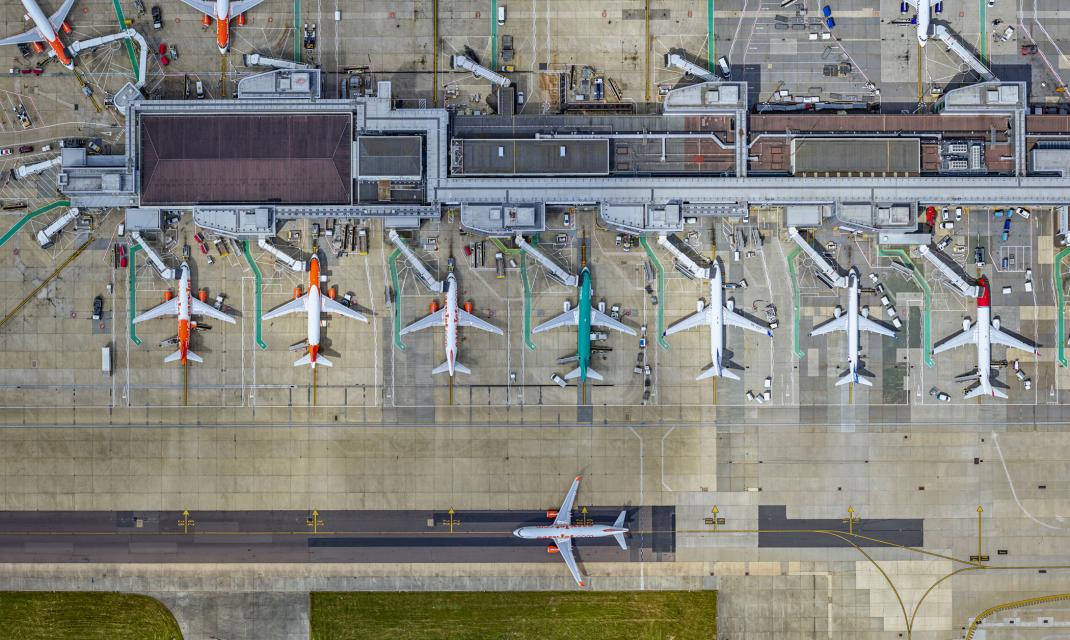 This situation is the result of strong travel restrictions put in place across the world to combat the spread of Covid-19. Network airports based in Europe and Asia, where restrictive measures were the most severe, reported sharper falls in traffic (around 72%) than airports in the Americas (around 61%).
Passenger traffic saw a rapid uptick in countries, such as the Dominican Republic, that lifted restrictions, reflecting still strong demand for mobility. Salvador airport (Brazil), Sanford Orlando (USA), Itami and Kobe (Japan) have also benefitted from some recovery in domestic travel starting in the summer of 2020. In Europe, the gradual uptick in traffic was cut short by the new restrictions put in place in the autumn.
Faced with this unprecedented crisis, network airports responded proactively by rapidly putting the required hygiene and health measures in place, in close collaboration with local authorities. Innovative projects were launched in 2020, such as MONA in Lyon, which offers a fully contactless journey through the airport thanks to use of biometrics. Quality of service at Lisbon airport was recognised by the ACI Best Airport Award, a first for a Portuguese airport.

VINCI Airports continued to develop, despite the pandemic:
· At London Gatwick, Wizz Air will open a new base in 2021, while EasyJet will add four more airplanes to its base, taking its offering at the airport to 107 destinations in 28 countries;
· In Portugal, EasyJet has announced opening of an operating base in Faro in the summer of 2021, a sign of its confidence in the country's potential;
· In the United States, VINCI Airports' management contract for terminals E and F in the Atlanta airport was renewed and the operating contract for the Hollywood Burbank airport in California was extended for another 10 years.

In Europe:
· Passenger traffic in VINCI airports in Portugal fell 69.6% in 2020 on the preceding year. After an uptick during the summer season, it was penalised in the fourth quarter by the new restrictions imposed in France, the United Kingdom and Germany in particular.
· In the UK passenger numbers fell sharply in 2020 (down 78.2% at London Gatwick and 72.2% in Belfast compared to 2019), due to the quarantine rules imposed in the country. Traffic remained very weak in the fourth quarter, due to the new lockdown from the start of November.
· Passenger traffic fell 68.2% in France. Stronger summer demand in the third quarter was cut short at the end of the year due to the second lockdown put in place from early November to mid-December, although traffic picked up during the end-of-year holidays.
· Passenger traffic at Belgrade airport in Serbia was down 69.1%. After an improvement in passenger numbers in the third quarter, the rise in Covid-19 infections led to a gradual fall in traffic at the end of the year.

In Asia:
· Passenger numbers fell 69.4% in Japan over the full year. Trends in domestic traffic, boosted by the government "Go To Travel" campaign, improved, limiting the fall in traffic in the Itami and Kobe airports to 44% in the fourth quarter. Conversely, international traffic remained very weak throughout the year due to restrictions on entry into Japan.
· The very strict entry requirements in force in Cambodia, particularly from China, sharply penalised passenger traffic, which was down 81.3% over the full year. Fourth-quarter traffic remained very weak.

In the Americas:
· In Brazil, essentially domestic traffic at the Salvador airport continued to build on the recovery initiated in the summer at the end of the year (down 32.1% in December). Overall, traffic dropped 49.9% since the beginning of 2020. We might point out that the airport became one of the GOL airline's hubs in July. The company's seat capacity in the last fortnight of 2020 was 13% higher than the same period in 2019.
· In the Dominican Republic, traffic was down 56.1% over the year. The trend improved from the third quarter thanks to less restrictive entry rules, with a fall of 52.4% in the fourth quarter. It benefitted from strong demand from the United States and Europe, since the Dominican Republic is one of the few leisure destinations accessible without restrictions from these two regions.
· In Chile, passenger numbers at Santiago Airport, down 65.5% over the full year, moved into a positive trend at the end of the year thanks to partial lifting of travel restrictions. Alongside domestic traffic, regional flights to Colombia and - to a lesser extent - Spain are contributing to this slight improvement.
· In the United States, passenger numbers at the Orlando-Sanford airport were down 53.0% in 2020 compared to 2019 (down 50.1% in the fourth quarter). Domestic traffic remained relatively strong in the United States, whereas international borders were globally closed. The airline Allegiant, very active in Orlando, maintained close to 75% of its 2019 fourth-quarter capacities in the same period of 2020.
· In Costa Rica, full-year passenger numbers were down 60.8% in 2020. After a third quarter with virtually no traffic, the lifting of travel restrictions as of November 1st allowed a gradual recovery in the fourth quarter.